The neighbors had so much fun at our inaugural get together, we almost immediately started planning our next community event. Even though I’m just now in the spring starting to write about our alley beautification project, and the process behind it, the vision started months ago.

On the map for our alley project, there’s a big space where four driveways converge creating a big open space right in the middle of the block. Much like the neighborhood gathering spots in Europe, we’ve coined this area the alley plaza.

I have all kinds of visions for this space. If we can make our dream come true of getting it paved, it would be a great spot for a basketball hoop. An ideal place for kids to ride bikes or scooters or roller-skate. And there’s a big white garage door that just begs to become a screen for movies shown on hot summer nights.

And while our alley is currently still dirt and full of potholes, we decided to still make good use of our plaza with a pumpkin carving and chili cook off in late October. 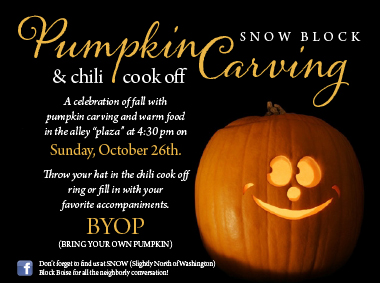 Late afternoon brought neighbors out of their houses carrying steaming crock pots of chili. The table was crowded with fresh-from-the-oven cornbread, chili toppings and homemade goodies.

And then there were the pumpkins in all shapes and sizes destined to be dissected. 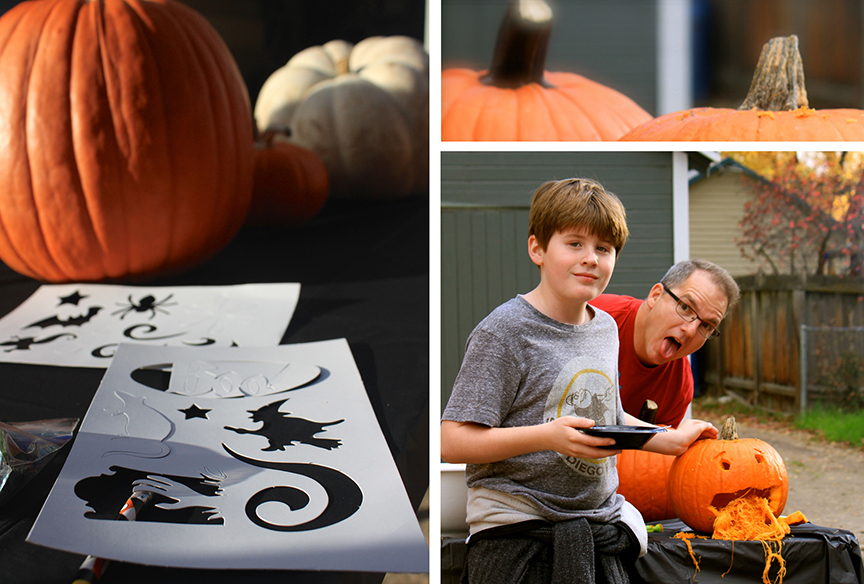 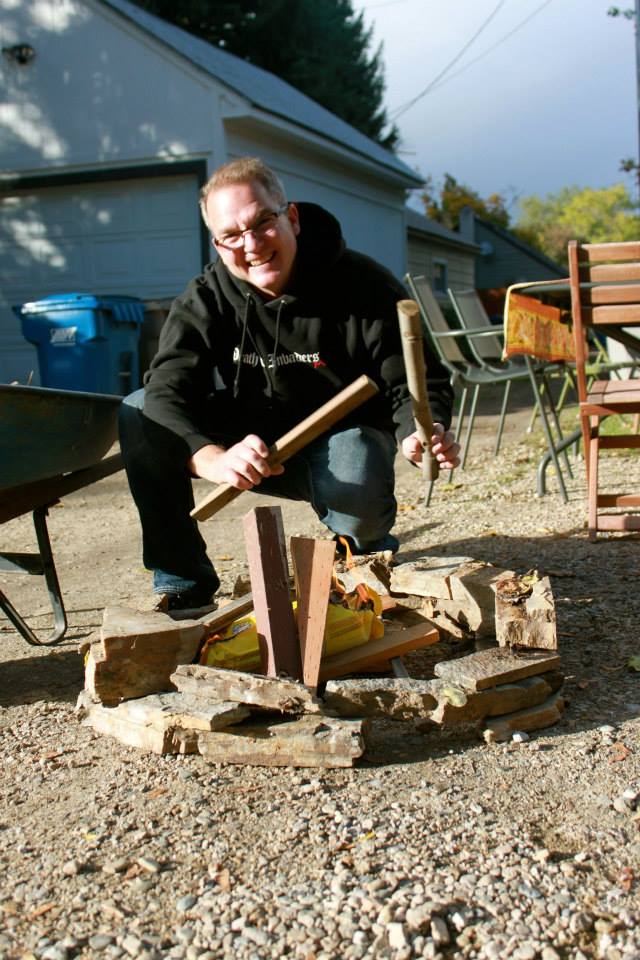 To take the chill off, an impromptu rock ring was assembled and soon a fire was cracking away. A ping pong table was wheeled out and laughter filled the air. 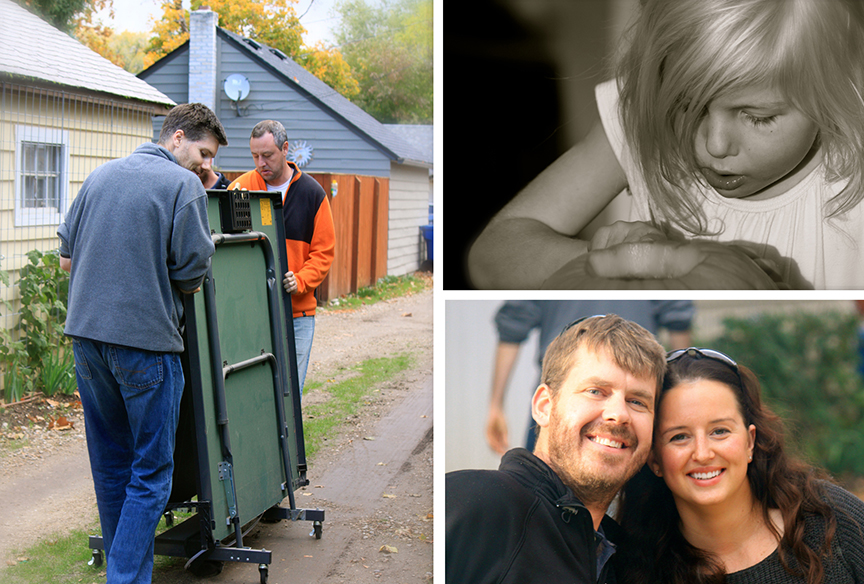 Even a sudden rain shower that sent people scrambling to pull the table of food into the garage didn’t put a damper on the day. We just opened another bottle of wine and waited for it pass.

I can’t help but think (and hope) that this was just the first of many fun times that will bring the neighbors of our block together in the alley plaza. 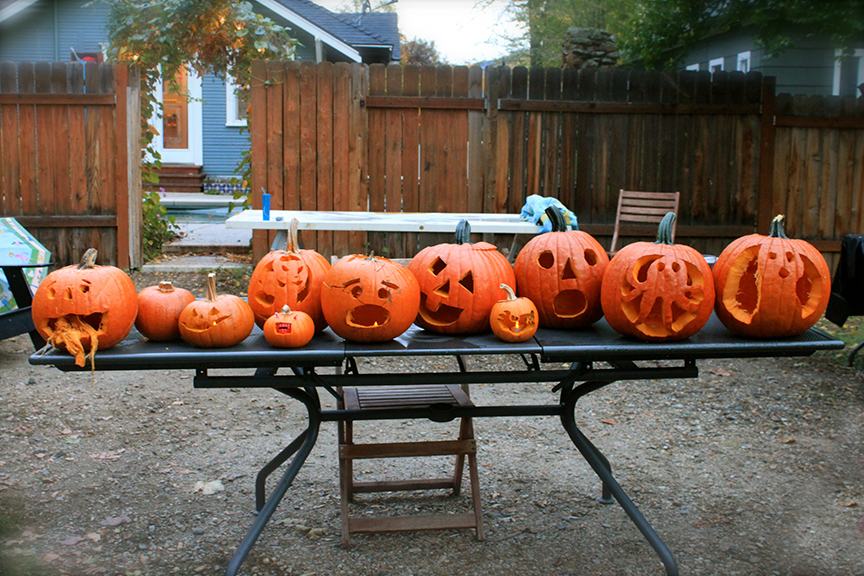 You can see all the photos from this day at our neighborhood Facebook page.