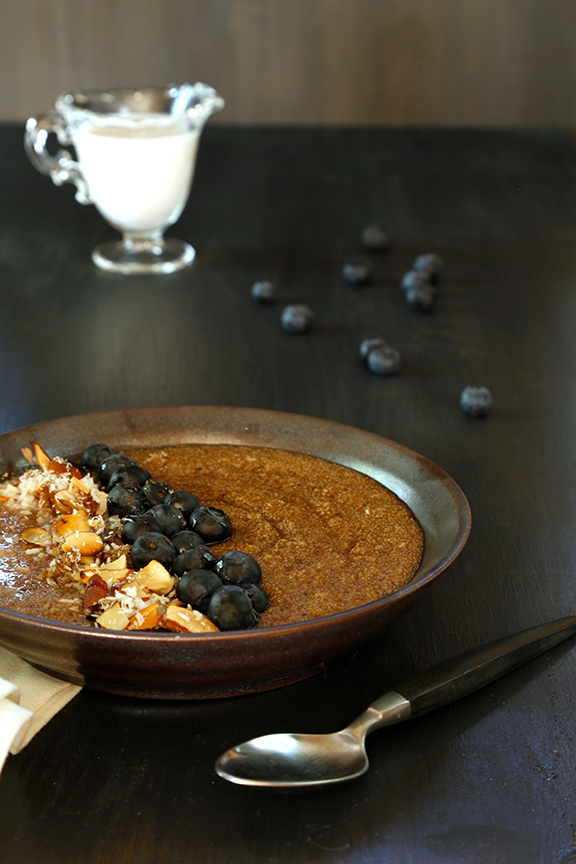 I seem to be addicted to teff these days. It started with these Teff Energy Bars and now this Teff Porridge is easily my new favorite breakfast. And it’s just this simple: I cook a pot on Sunday and divvy it up between four containers. In the morning I grab a package, throw it in my backpack and I’m ready when the hungries hit around 10:00. Not only is it totally, amazingly delicious, but it has some serious sticktoitiveness. But that’s not surprising given that it’s a whole grain (gluten free) and packed with protein.

How you gussy it up is all up to you. Take the sweetener, for example. I used maple syrup but you could use agave, brown or coconut sugar. I’m a fan of almond milk (plus it keeps the recipe vegan) but a drizzle of cream sure wouldn’t hurt. And it’s a total blank canvas when it comes to the toppings. Try fruit, toasted nuts, coconut, cocoa nibs, coconut, dried fruit, dates, flax seed, hemp hearts… I think you get the idea.

I’m pretty certain my coworkers are jealous when I trot this out mid-morning, filling the office with warm cinnamon smells.  Maybe one of these days I’ll make up a pot and take it to work and see if I can get them hooked too. 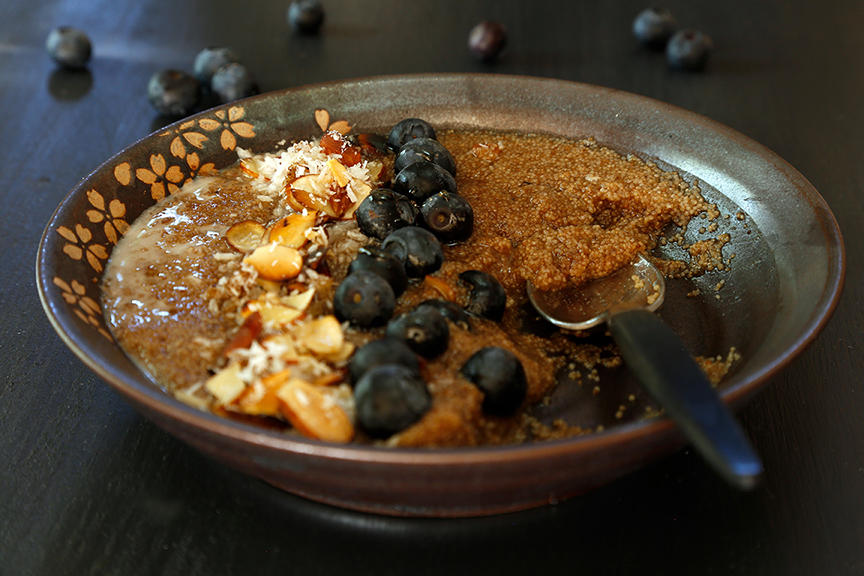 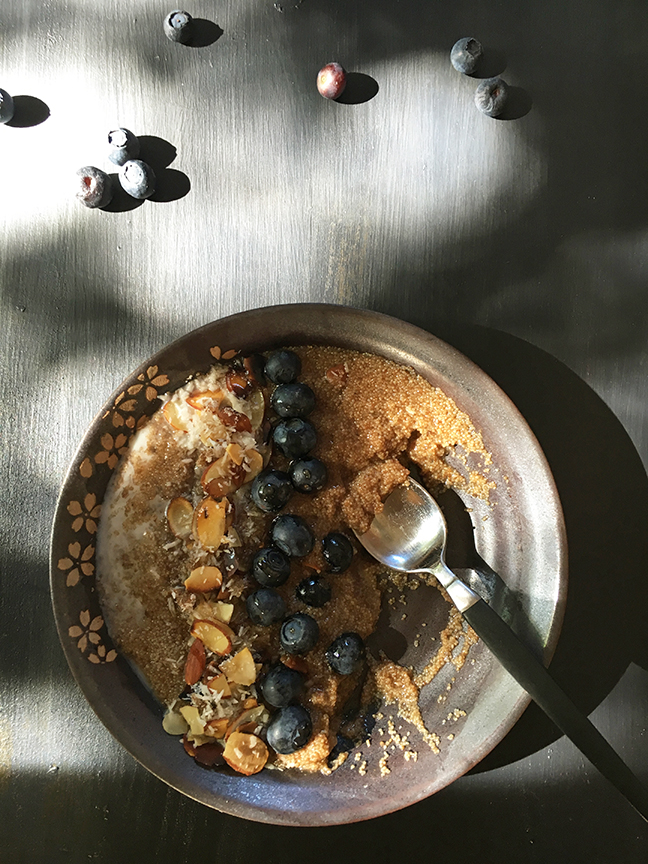