This was originally posted on August 11, 2012 but I’ve updated it a bit and also added new photography. Enjoy!

I have yet to find anything that isn’t better with bacon. I’m not saying it’s not out there but it’s seeming doubtful. I tried testing the theory by making ice cream with bacon in it and let’s just say that the theory still deliciously stands. Ben & Jerry’s – take note.

But I’m getting ahead of myself.

See I have this rad cold smoker. It’s the equivalent of a party trick for food. A real crowd pleaser. So I’m always looking for unsuspecting things to smoke and trot out for friends. While lost in a smokey daydream one day, the idea to smoke cream came to mind. Yeah… smoke the cream and then make ice cream out of it! Now I’m on to something. And what would go great with smoked cream ice cream? I’m guessing you can see where this is going. 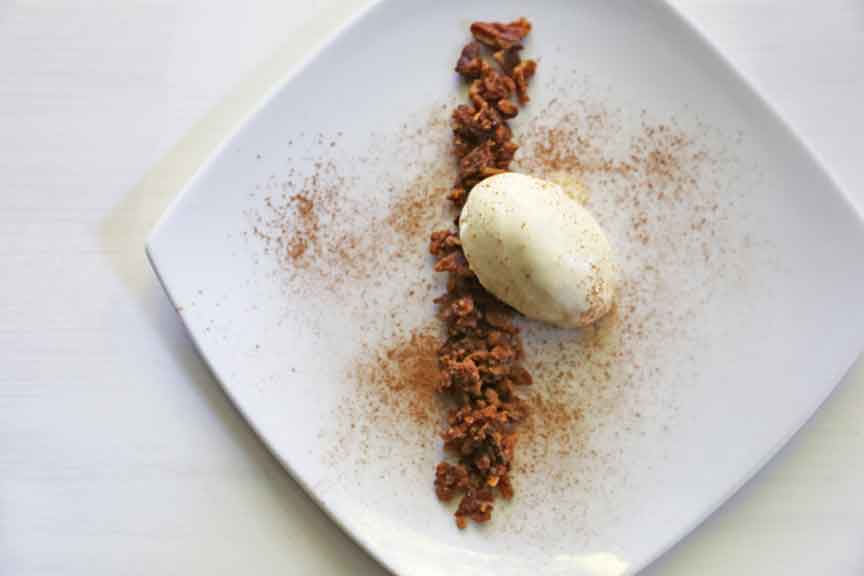 First you’ll need to smoke the cream. To do that, pour the cream (or half & half) in a shallow dish set in a pan of ice and place that in the BBQ. If it’s summer, I smoke overnight when it is cooler outside. I use the A-Maze-N smoker, filled with the wood chips of choice, light, and close the BBQ lid to contain all the smokey goodness. Come back in the morning and poof! Smoked cream. (Note: save the water from the melted ice!)

If you have your favorite vanilla ice cream recipe, then get to it. Otherwise I like this version, adapted from Mark Bittman’s How to Cook Everything cookbook (a must have reference book by the way). 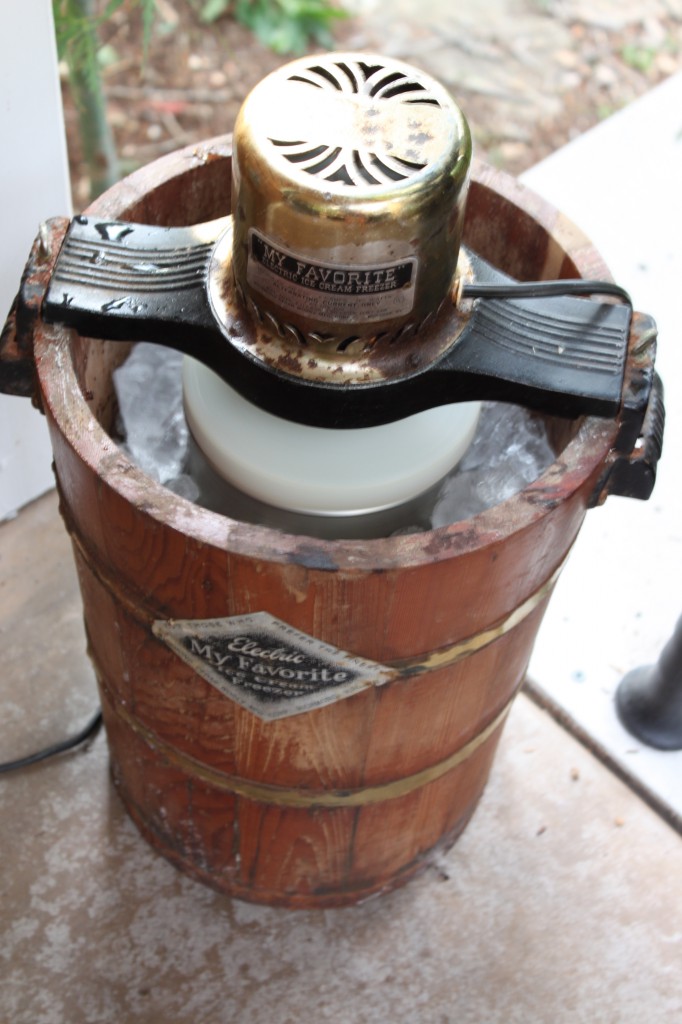 Save Print
Candied Bacon
This is so simple it’s almost silly.
Ingredients
Instructions
3.2.2708
For the pecans, I melted butter in a skillet and mixed in brown sugar. Tossed that with some pecans and let cool on parchment paper in a single layer. Chop coarsely.
When the ice cream maker has done it’s job, move the ice cream to a storage container and then place in the freezer to harden up. To serve, I started with plates that had been in the freezer. Place the chopped pecans and bacon on the plate. Top with a scoop of the ice cream. If you really want to be fancy, quenelle it. Top with a dusting of cocoa powder. Break out the spoons and get ready to rake in the compliments. Yup… definitely another thing that is better with bacon. 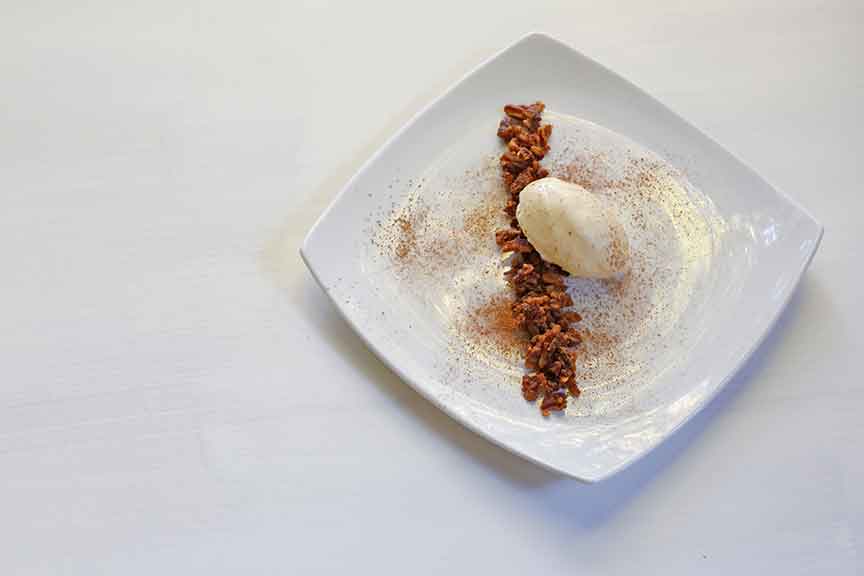