It’s a little embarrassing to show the alley project “before” pictures – or what is actually our “current”. While a lot of exciting progress is being made on the project, it’s hard to convey it in an exciting way as it’s all still in the conceptual stages. I can picture what it’s going to look like one day, but that doesn’t translate very well to making exciting blog posts now so I hope you’ll bear with me. 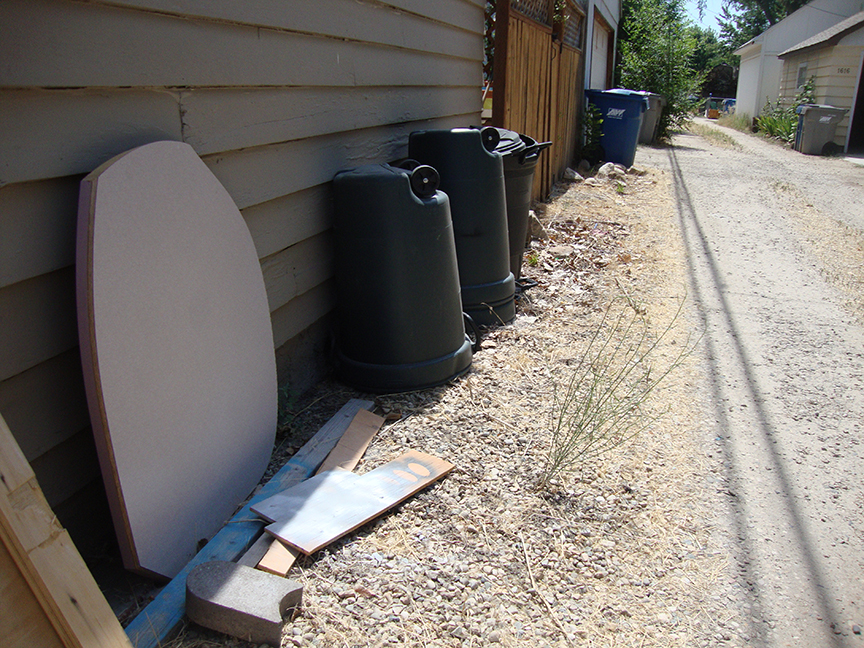 And really I shouldn’t be embarrassed as this is what pretty much most of the alleys look like in Boise’s north end – a space used primarily for garbage and recycling bins. A space to put everything you don’t know what else to do with. An untended area where weeds are the dominant vegetation. I just keep telling myself that with these as our “before”shots how much more awesome the “after” pictures are certain to look!

The Alley Project: Before

The view of the alley looking to the south. 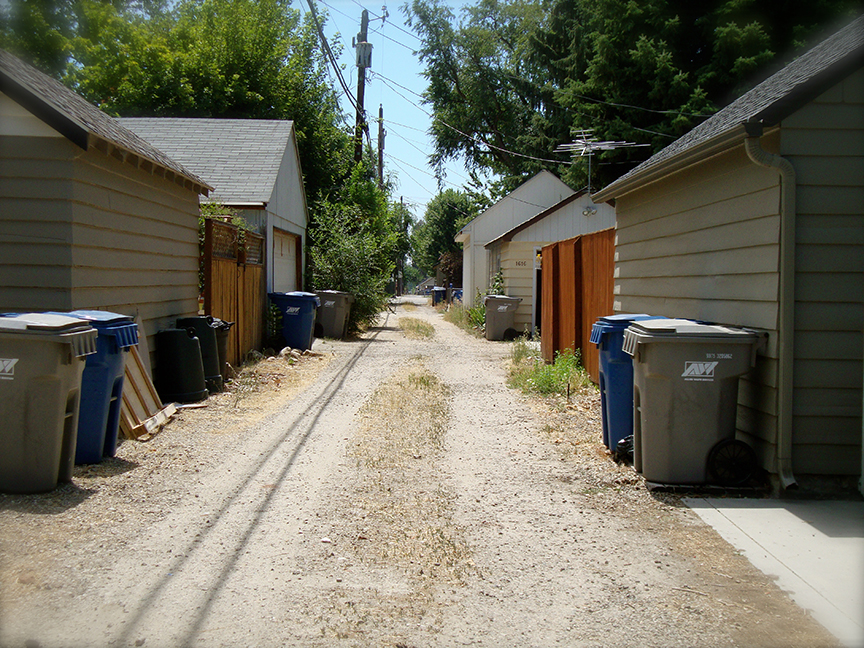 And below is the view to the north. 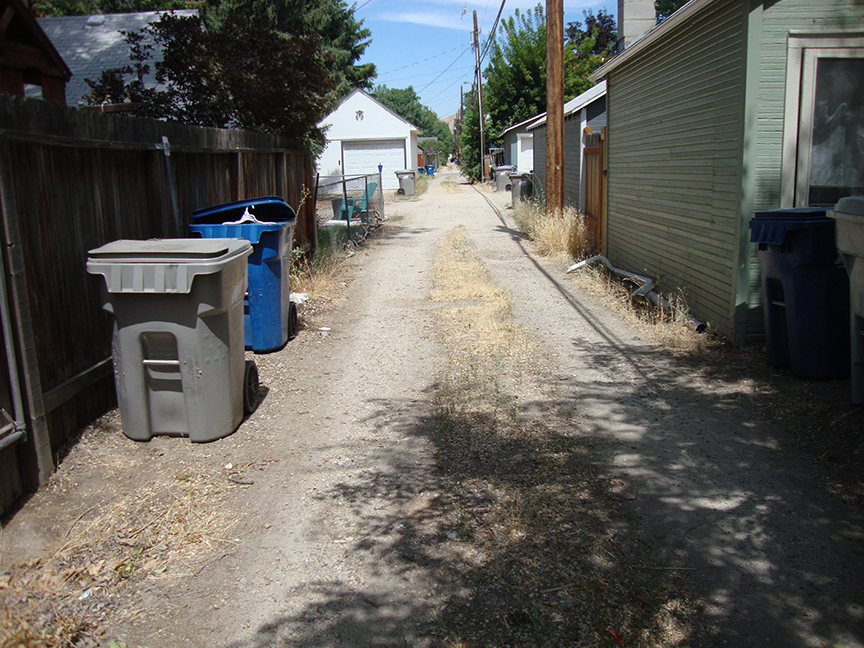 This area where four driveways converge will hopefully someday be our plaza – a great space for community gatherings and lots of fun. 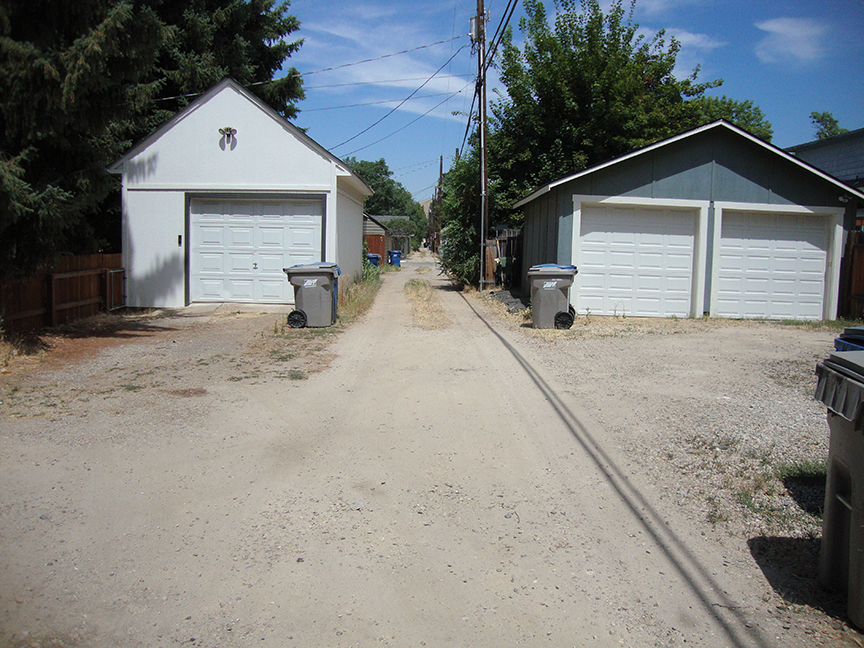 The Alley Project: Somewhere in the Middle

There’s one shot that isn’t exactly an “after” but is a definite improvement on the “before”. One house on the block is a rental owned by a woman in California. When I contacted her about the alley project I was thrilled to gain her support. The area along her fence was full of rotting wood and weeds that were so big some had trunks. With her permission and the help of a landscaping friend, this area is now all cleaned up.

I hope you’ll continue to follow along as we work to turn this one little north end alley into something really special with lots of amazing “after” shots.