I was thrilled when my story was chosen for the cover of the Spring 2015 Edible Idaho cover. Of course I’m thinking that it didn’t hurt that the talented Guy Hand had taken such nice photos to accompany it. 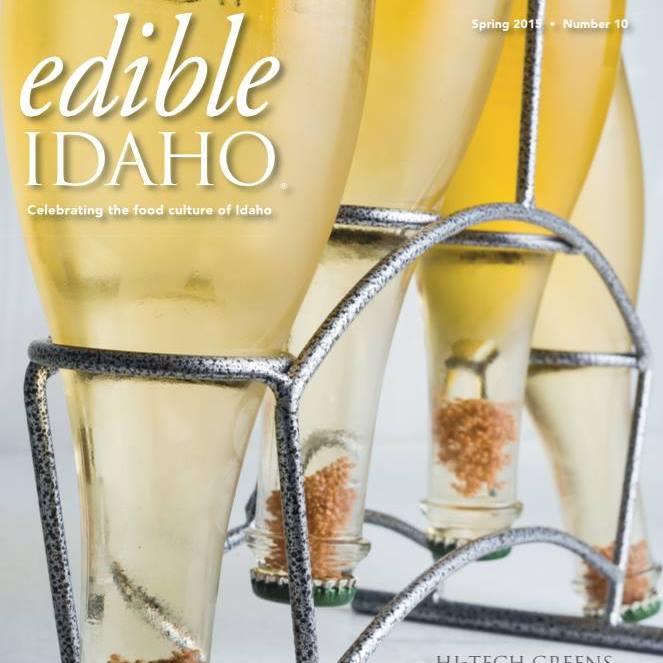 The only thing more sparkling than Coiled Wines’ Rizza at its debut party in December was winemaker Leslie Preston. And it wasn’t just her sequined dress. It’s been a crazy few months for Preston and she has every reason to shine. Preston nailed her first attempt at making a sparkling riesling utilizing Méthode Champenoise, an arduous and expensive process whereby wine undergoes a secondary fermentation in the bottle. 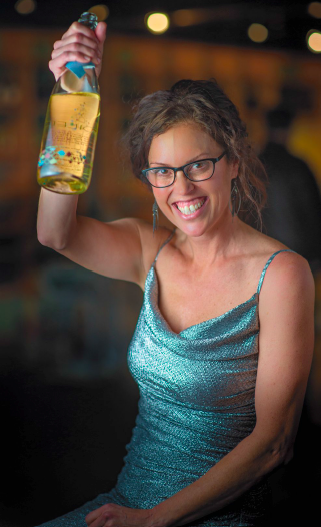 “This wine is made exclusively from the riesling grape, a dear love of mine and an absolute treasure of Idaho,” explained Preston. “The Australians have great respect for this grape and lovingly call it, ‘Rizza.’ I instantly adored this endearing nickname and adopted it for my bubbles.”

It all started when Coiled Business Manager Kelly Marx had an idea. As a lover of Preston’s signature dry riesling and also of sparkling wines, Marx thought it was natural that the two be combined. Preston didn’t share this enthusiasm—initially. 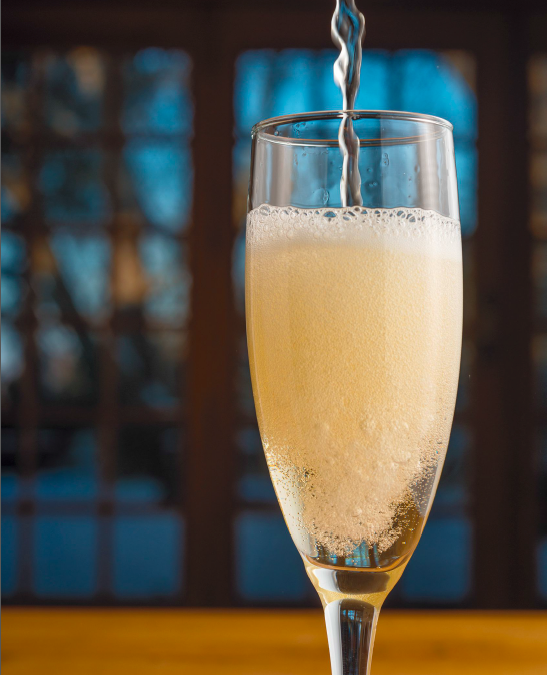 “I was reluctant to tackle a wine I love so much,” said Preston. “Some things are simply meant to be enjoyed. I drink a lot of sparkling wine and I did not want to forever approach them with a critical, winemaking-eye.”

Besides being a very precise process, making sparkling wine is also expensive. The yeast can cost up to five times as much as regular wine yeast and the bottles often cost double because they need to be thicker to handle the pressure of carbonation. Also, it’s a whole lot more work.

But once she was committed, Preston jumped in with both feet. She began with extensive research, talking to brewers with experience in carbonation and experts at her alma mater, University of California, Davis. Preston harvested the riesling grapes in mid-September and 900 gallons of juice went into stainless steel tanks to begin fermentation. Over a month later, the fermented juice was blended with 190 pounds of cane sugar, then an exact dose of yeast was painstakingly added by hand to each bottle before it was capped.

Preston patiently waited for the wine to ferment to dryness, a process that took seven weeks. “Our turnaround time was crazy because it’s a riesling,” said Preston. “I needed to get it off the yeast so that the fruit would really shine through.”

Getting it off the yeast involves disgorgement, a traditional process used in Champagne production for centuries. The bottles are chilled and inverted so that the yeast collects in the neck. Slowly the bottle is tipped upright as the cap is pried off. In one quick (and hopefully smooth) move, the pressure of the carbonation sends the yeast flying out, while the disgorger’s thumb quickly clamps down on the lip of the bottle to keep wine from spraying out. Hand disgorging is wet, tiring work and a heartbreaking 30 percent of the wine in a bottle can be lost. 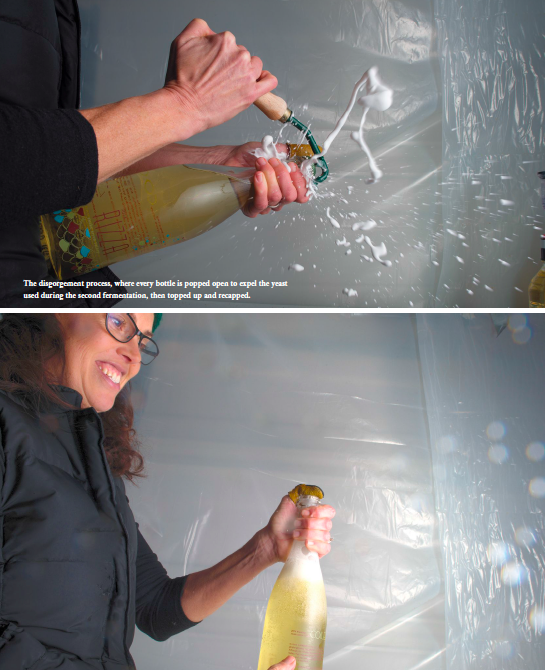 To make up for this lost wine, a liquid mixture called a dosage is added back into the bottles before they’re re-capped. The dosage, in this case, was a mixture of Coiled’s 2013 riesling and sugar, which weaved its way into the bottle with lava lamp-style effects. The dosage is an important step in balancing out the wine’s acidity and determining the finished product’s category of sweetness—Extra Brut, Brut, Extra Dry, Demi-Sec, etc. Preston had to repeat this time-consuming disgorgement and dosage process on 3,999 other bottles.

This isn’t the first time sparkling wine has been made in Idaho using Méthode Champenoise. Camas Prairie Winery in Moscow currently has several offerings made in this style, ranging from Extra Dry to Sweet, from red to white. Established in 1983, Camas Prairie has been making sparkling wines since 1994, according to winemaker Jeremy Ritter. The winery uses lemberger grapes for its sparkling red variety and blends various varietals, including: chardonnay, pinot gris, riesling and muscat for its white offerings.

Winemaker Neil Glancey also used this technique on the chardonnay-based sparkler that he made at Woodriver Cellars and on his new project for Crossings Winery, Bubbles, a 2012 sparkling brut riesling that was released last year.

After all the long days, stress and lost nights of sleep, it seemed like maybe it was too early to ask Preston there’d be a 2015 release of Rizza, but a twinkle in her eye said otherwise.

“We will do it again,” Preston responded confidently. “I’m really happy with the wine and we’ve learned so much about streamlining the process. I’m such a proud riesling producer I’ve just got to shout it out in bubbles!” 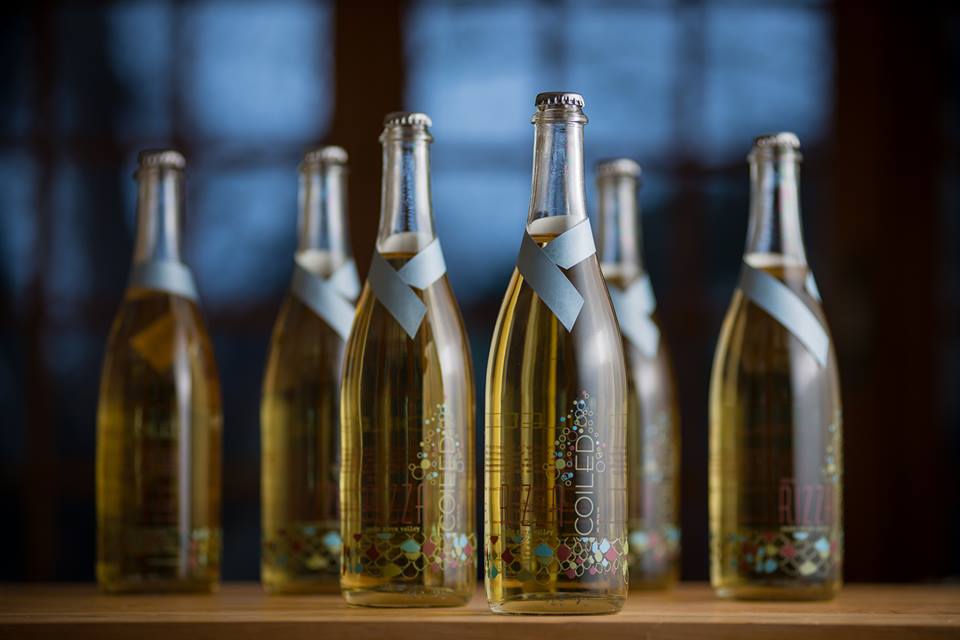