You know those big, kraft bags for leaves that they sell this time of year? The ones that come neatly folded in groups of five held together tightly by a plastic band? For my friends in the southern part of the country that are still basking in the sun, I know I’m talking a foreign language here, but for those of us up north you know what I’m talking about. I am all too familiar with these bags. They fill my shopping cart at the store and then I spend five or six or seven weekends filling them.

It’s the price to pay for living under a shady canopy all summer long and really, for me, raking leaves is just part of the tradition of the changing season accompanied by a crispness in the air and the golden light that’s only a swatch on fall’s color palette.

When I was a kid, I remember my mom raking these HUGE piles of leaves (or at least they seemed huge to me – I was shorter then) which I would run and jump in. She’d rake them back into a pile. Run. Repeat. Those leaves didn’t go into tall brown bags but rather into our compost bin or spread on the garden as mulch to be rototilled in in the spring.

Another sure sign that autumn has arrived is that I start making soup. I think a lot of times soup is underrated. In a restaurant, soup is often just the opening act, not meant to be too exciting. Wouldn’t want to show up the main course.

Each year friends John & Cheryl Youngsman have a soup swap and each year I pull out seemingly every cookbook I own looking for the perfect recipe. For me, it’s about finding something unique, memorable and delicious. It’s also nice to keep the vegetarians and gluten free eaters in mind as I think a lot of times they really get the shaft at these kinds of things. 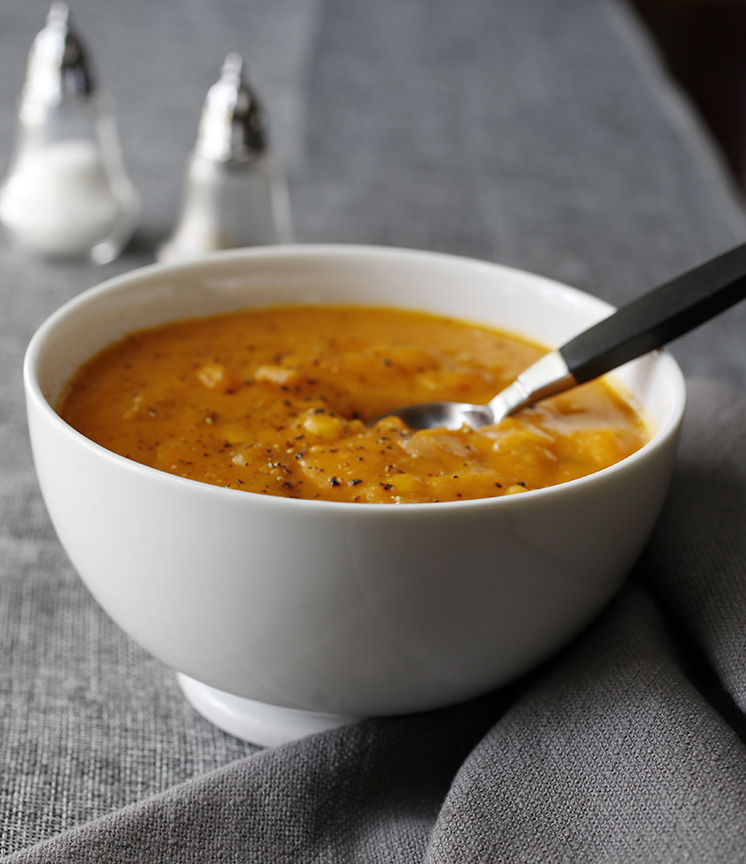 This year I chose the Chipotle Yam and Corn Chowder recipe from the Whitewater Cooks with Friends cookbook. Every time I make something from the Whitewater cookbooks, I always wonder why I’m not cooking from them all the time. Usually relatively simple recipes that are big on flavor. This soup was no exception.

I only slightly modified the recipe. It had called for 12 cups of stock but by the time I had blended the yams with the first 8 cups of stock, it was just the right soupiness for me. By the second day when I reheated it, it was definitely thicker so play with the stock until it’s the consistency you like.

This recipe would have come together pretty quickly but I was inspired to make my own vegetable broth using Mark Bittman’s Roasted Vegetable Stock recipe. I totally endorse making homemade stock, and think it makes all the difference, but it does significantly add to the overall cook time.

So bring on fall! Bring on leaf raking! And bring on the soup! 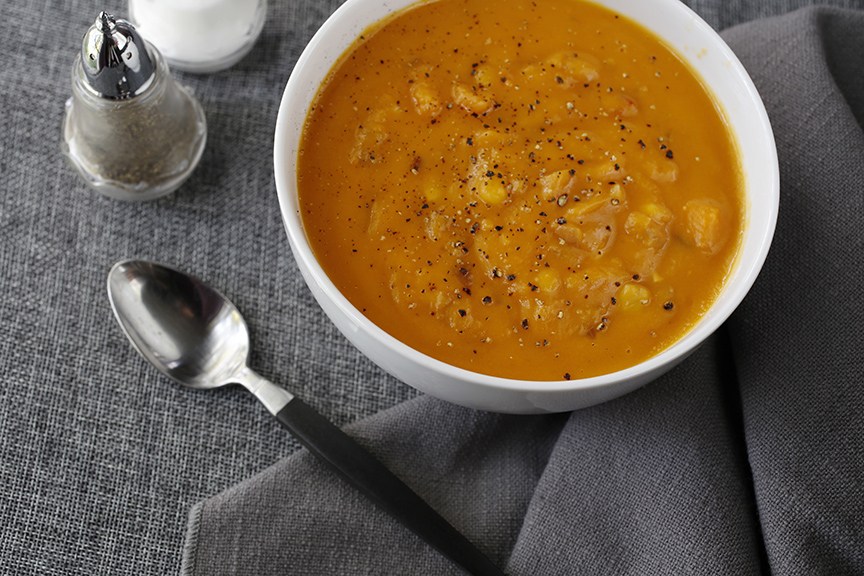 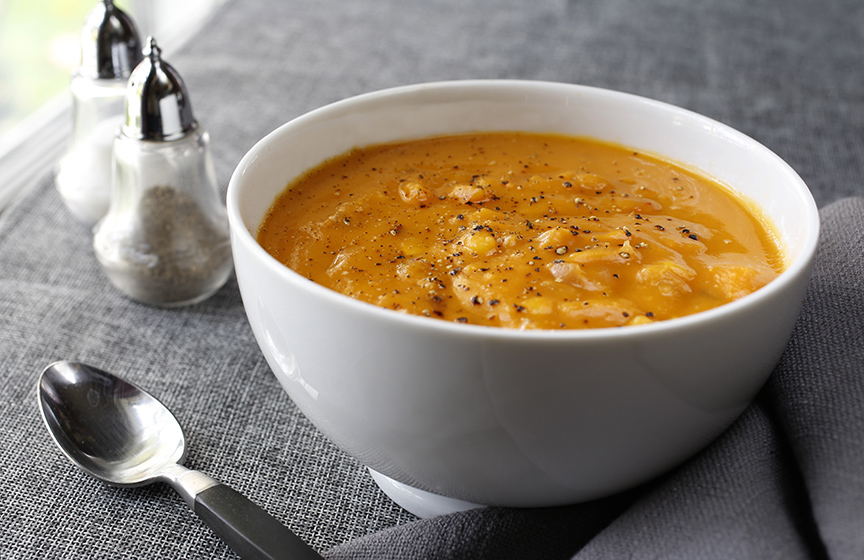