building community is right up our alley

I was recently asked to write an article about the SNOW Block alley for the website Conversations from the Brink. Usually I write about the gardening aspects of the project but this piece talks more about the sociological impact it’s had on our block. Enjoy!

SNOW Block Alley: Building Community is Right Up Our Alley

Boise’s North End neighborhood can be a shady place – the yards that is. When looking for a spot to put in a blackberry patch, my husband, Devin Koski, and I realized the best sun on the property was actually in the alley. As we stood back to admire the galvanized metal trellis installed on the side of our garage, we had a “what if” moment. What if we could transform the wasted space along the length of the alley – home to dirt, weeds and junk – into a vertical, edible garden. That was the summer of 2014.

Our block is composed of ten houses, a mix of owner-occupied and rentals. We initiated the plan by gathering everyone to present the idea and confirm that they were on board. We put together a potluck and, in retrospect, this is when the first shift happened. People that had lived feet from each other for years were introducing themselves, adults and kids alike. We broke ground for the project that night in more ways than one.

The winter was spent putting together a set of plans, goals and strategies. This also included creating a budget and with our sky-is-the-limit ideas, it was a lofty one. I knew I couldn’t ask the neighbors to foot the bill so I sought out, and received, a small grant from the North End Neighborhood Association (NENA). Fueled by that momentum, I approached several local businesses and secured sponsorships for everything from plants to landscaping hard goods to the labor to hook up the sprinkler systems.

A big component to the project was paving the alley. If we were’t able to have this done due to cost or logistics it wouldn’t have been the end of the project but the results certainly wouldn’t have been the same. Thankfully we found a contractor that believe in our vision and were also able to take advantage of a county program that pays for materials. The alley was paved in May 2015.

The next big shift happened the minute that asphalt went down. The alley instantly became an extension of everyone’s backyards. That evening the kids were riding their bikes, scooters and skateboards up and down the blacktop and budding artists took advantage of the blank slate for chalk creations. These first night activities became a regular occurrence as did the adults congregating with frosty beers or glasses of wine in hand, filing the alley with the sounds of neighbors talking and laughing.

The rest of the summer was spent constructing trellises and raised beds; installing lighting, rain barrels and a Little Free Library. We planted espaliered fruit trees, blackberries, raspberries, blueberries, an herb garden and a wall of tomatoes. Neighbors started to get excited and take pride in the alley, inspiring more ideas and a sense of ownership. 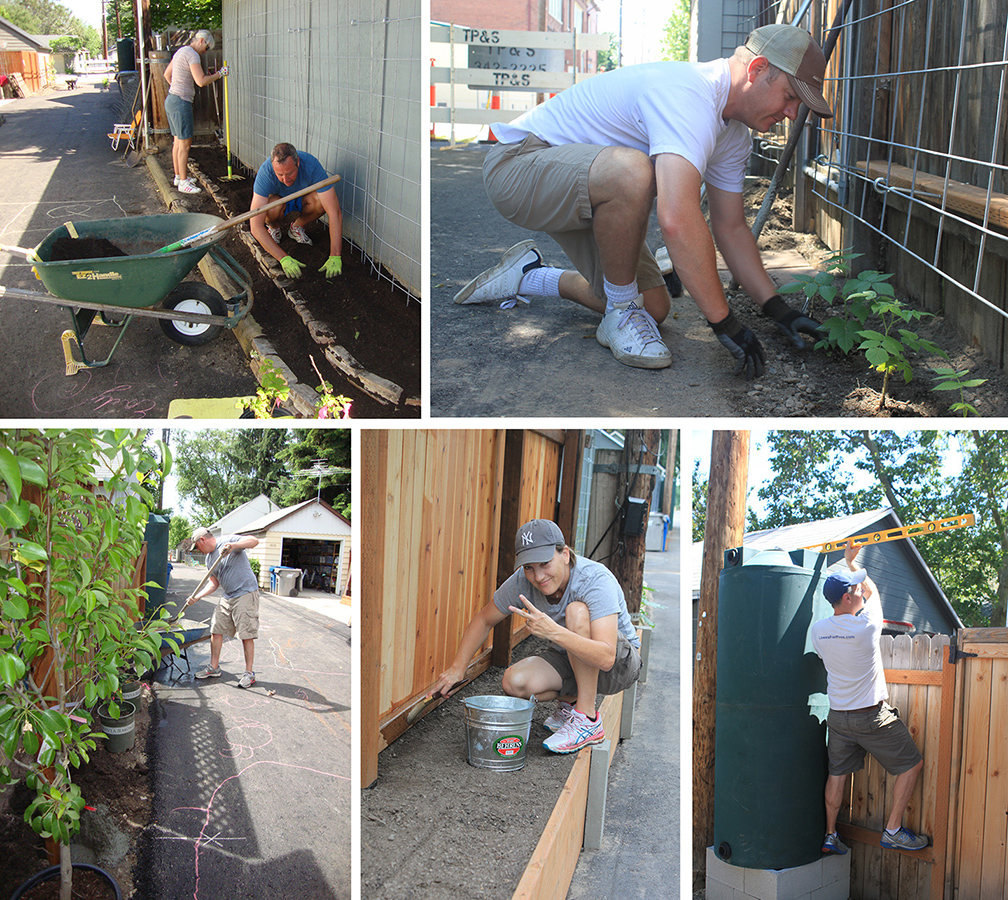 What was a vision for a garden had turned into something much bigger – the neighbors started to become friends. A basketball hoop was installed and the sound of thump, thump, thump was followed by cheers or groans of shots made or missed. Patio furniture was dragged out into the alley accompanied by big bowls of buttery popcorn to be shared while movies were shown on the side of a garage on warm summer evenings. Fall brought pumpkin carving and a chili cook-off as a precursor to Halloween night. Little ghouls and goblins were redirected from front doors to a fully decorated alley to reap the benefits of multiple candy stations and burn barrels to take the chill off. I’m sure this was the first of many more of what has come to be know as Alleyween. 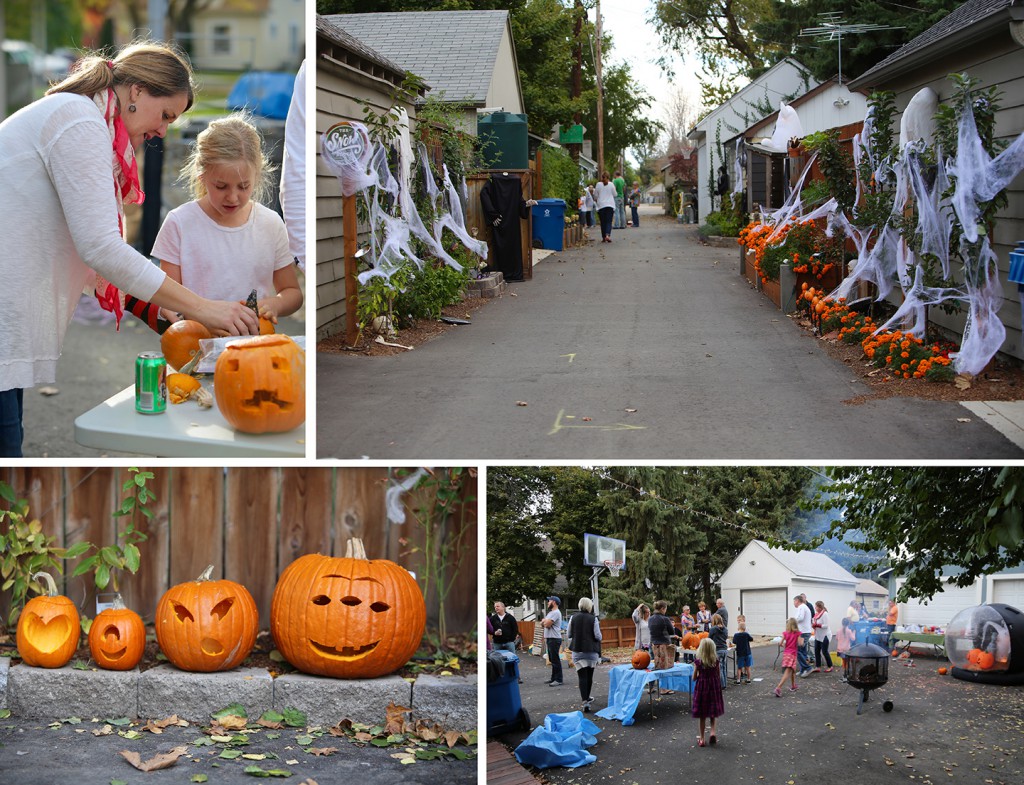 Just over a year has gone by since that night of potluck and introductions. It was a full year of building both in the literal and figurative sense. 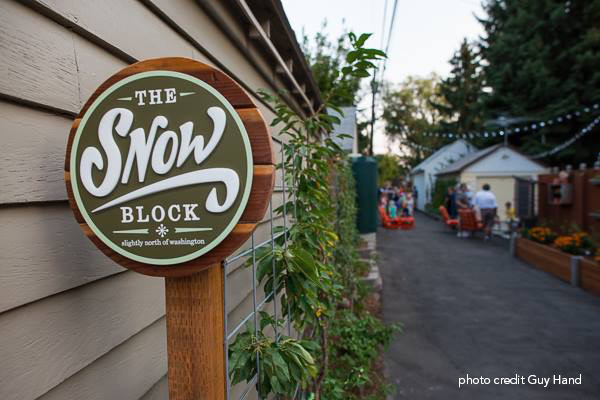 Our project, dubbed the SNOW Block, as we are Slightly North Of Washington school, got a lot of local recognition last summer and has become a regular route for dog walkers, joggers and cyclists. People come not only from other neighborhoods but from other towns to experience the alley. My dream is that our project is an inspiration to others, not only in looking at wasted space differently but in creating a sense of place – a space that the neighbors take pride in; a space where people want to be.

And that’s how our tagline became “Building Community is Right Up Our Alley.”