The second story I have in the Winter 2014 edition of Edible Idaho chronicles my research of, and foray into, the world of whiskey and the Idaho producers that are part of the movement. 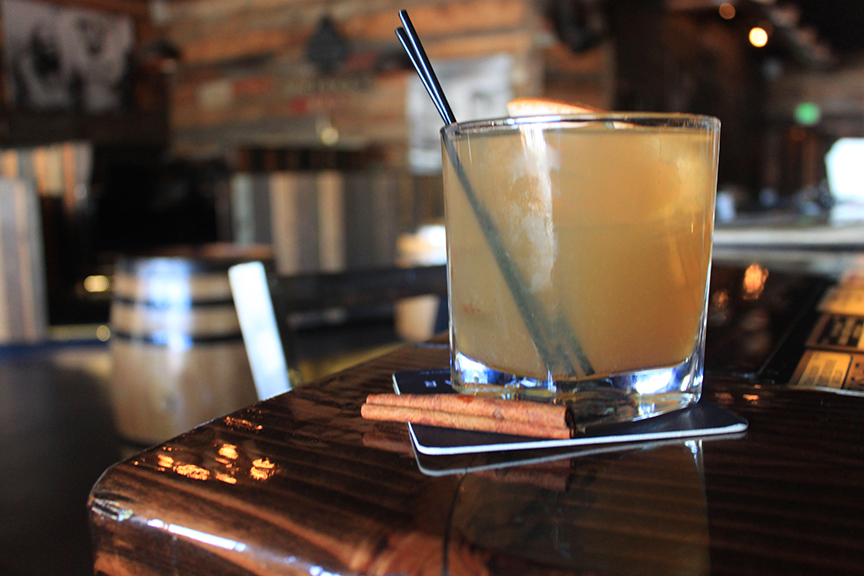 I’m an unlikely candidate to write an article on whiskey. I’m not a whiskey drinker let alone a connoisseur. I’m even confused by the spelling. Is it whiskey or whisky? But it seems like everywhere I turn, someone is talking about this trendy brown booze, and I wanted to know why.

Tackling the spelling question first, apparently producers from the United States and Ireland tend to prefer the “whiskey” spelling, while those from Scotland, Japan and Canada go for “whisky.” An easy way to remember is countries with an “e” in their name include it in their “whiskey” and those that don’t, don’t.

No matter how it’s spelled, whiskey is the name for a category of alcohol distilled from fermented grain mash. Common grains include rye, barley, corn and wheat and all must be aged in new wooden casks—often white oak—except corn whiskey, or as it’s sometimes called: moonshine.

The first written account of whiskey comes from 1405 in Ireland.  But its recent revival is what caught my interest. According to the Idaho State Liquor Division, Crown Royal has long been the best-selling premium whiskey in the state. But over the last two years, demand has risen. And there’s been a big spike in the last six months, especially for the allocated small-batch products. This often includes barrels that have been long lost in warehouses and distilleries, and are now being rediscovered, bottled and released. These limited quantities are driving big demand for whiskey lovers searching for the next cool thing and the bragging rights of getting one of the 240 bottles that come from what might be the only barrel.

As a state with a taste for handcrafted beers and local wines, it’s not surprising that Idaho distillers are throwing their shot glasses into the ring. Because moonshine isn’t aged, or at least not very long, it’s the first one making it to the market from Idaho distilleries, including Grand Teton, Idaho Bourbon Distillers and 8 Feathers Distillers.

To find out more, I toured the 8 Feathers, a company formed in February of 2013 by five friends – Marjie & Greg Lowe, Sandee & Larry Price and Rick McKinney. By December they had the equipment they needed, grains sourced from Idaho and the state’s approval to start distilling. In June of 2014 their moonshine was available and the tasting room opened shortly thereafter. The latter might have been viewed as one of their biggest hurdles as previously liquors couldn’t be sampled in Idaho. But the intense lobbying efforts of Marije and Sandee changed that. While the moonshine they age 45 to 60 days is ready now, look for a smoked whiskey in 2015 and a bourbon the year after.

The only Idaho labeled whiskey available now is Seven Devils from Koenig Distillery and Winery. Koenig collaborates with a Kentucky distillery, bringing over-proofed bourbon and blending it with Idaho water. It’s then aged a minimum of four years before it’s filtered and bottled.

Bardenay is fermenting a rye whiskey between batches of rum and ginger rum at their Boise location. By definition it must age at least two years but you’ll probably have to wait longer than that to get your hands on a bottle as they are in no rush. It’s all about giving their whiskey all the time it needs.

All this talk of whiskey makes me thirsty so I head to the Whiskey Bar. I met with Mark Allen, general manager and partner of this new hot spot in Boise that opened in May. If you want to get your whiskey on, this sure seems like the place to do it with a growing collection that includes over 230 varieties, from all over the world.

“Whiskey has such a wide spectrum. There’s something for everyone,” Allen said, assuring me there’s even something for my vodka-drinking palette. I look over the menu filled with carefully crafted drinks tailored to the season, made with fresh juices and an apothecary of bitters and tinctures. I want a drink that still tastes like whiskey but has some training wheels too. Allen suggests an Old Fashioned with Elijah Craig 12-year small batch whiskey and house-made simple syrup from demerara sugar muddled with a slice of orange, two types of bitters and the darkest, most delicious anti-maraschino cherry ever. The drink was smooth and floral with hints of caramel. My first tentative sip turned into another and another. As it turns out I might be a whiskey drinker after all.

Interested in doing your own distilling? Navigating what it takes to open a distillery is even more mind-numbing than the moonshine itself, but the founders of 8 Feathers share their wealth of knowledge with both introductory and master classes.