I consider myself lucky to live in a place where garages aren’t the face of the neighborhood. Those neighborhoods where people hit the opener as they are pulling up and again when they have pulled in – living a life where a big metal door is between them and their neighbors.

Now if you catch me in the middle of winter, when I’m dashing out to heat up the car and scrape the windows in the morning, I might think of singing a different song but even then I, along with all the drivers on the road whose cars show the signs that they too aren’t parked in a cozy garage at night, wear it like a badge of honor. We are the ones that live in the neighborhood with sidewalks that are meant to be walked under big mature trees and neighbors are meant to be known. Oh sure… many of us have garages – most of which are single car – and just as many that never see a vehicle because it’s merely a home for our mowers and tools and bikes. Lots of bikes.

And back alleys are just another opportunity to get to know those that live around you  but admittedly low on my radar when it comes to beautification as it’s the last place that most people see. But this also means it is unclaimed territory so when pondering where I could put a blackberry patch in a heavily shaded yard, I just needed to look beyond the back gate.

The side of the garage faces east with a sun source unimpaired by trees and totally underutilized real estate. The first step was to dig out and amend the alley dirt that was hard and tired and had been neglected for far too long. Clay was removed and topsoil and homemade compost was dug in.

I’d been carrying a photo around on my phone for at least a couple years of a trellis mounting system that I had snapped from a magazine in a waiting room. It was clean and simple. It was perfect for the project. 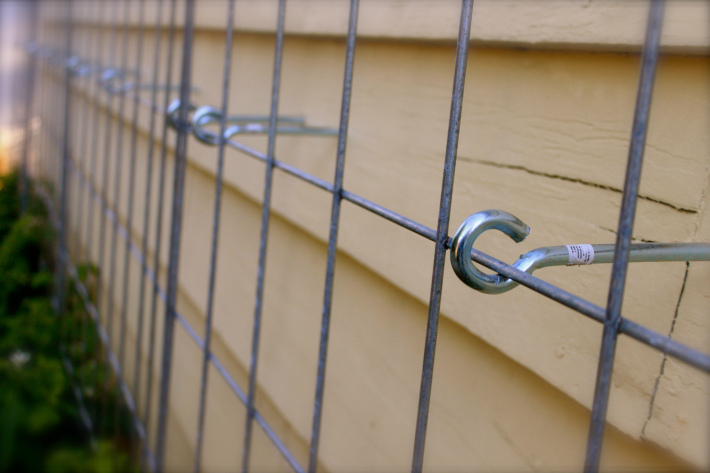 Hog wire from the local farm supply store comes in sheets 4′ x 16′. Heavy duty eye hooks that screw into the wall. Cutting the hog wire sheets in half yielded the perfect height, 4 panels being just the right width for the length of the garage. Even I, the impatient one, was amazed at how fast this went. A few hours later and I was planting the first of the eight thornless blackberry bushes in the ground.

That was in March and now just a few weeks later, the plants are blooming – signs of fruit to come. 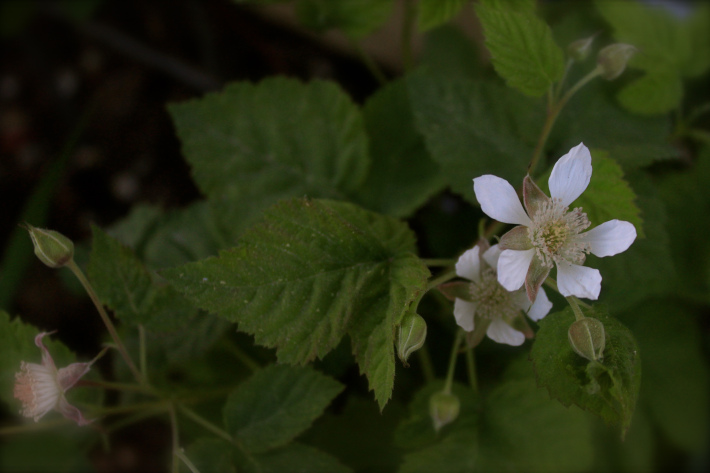 And there’s really nothing not to love about this whole project. The area that was once hard and wasted and tired is renewed and green and flourishing. The alley doesn’t look like the forgotten ground anymore. And, it’s offering inspiration for neighbors and dreams of “fruit alley” where, at least for this block, the opportunity is seized. And none of that even mentions the dark, juicy fruit that just may be my favorite of all and the things I will make if any of them actually make it past my grazing in the back alley. And if they don’t? Well, that’s ok too. 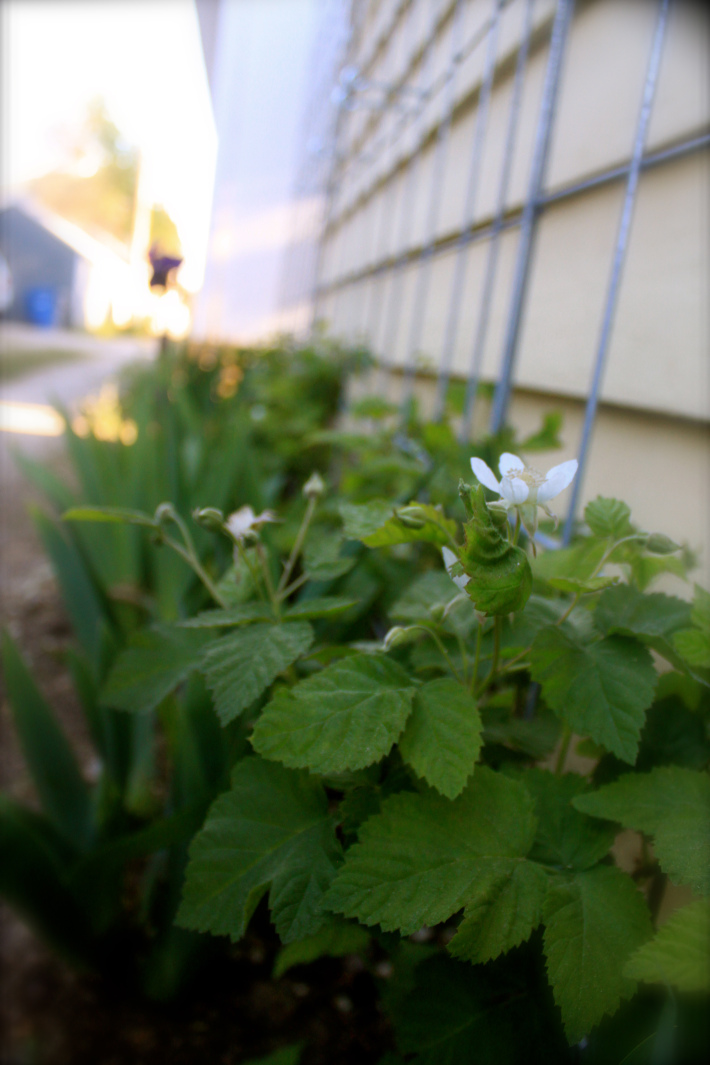