The day in early February that we left Boise, it was snowing. The Uber driver took one look at my flip flops and decided I was either optimistic, crazy or going somewhere warm. Turns out this time it was the latter. 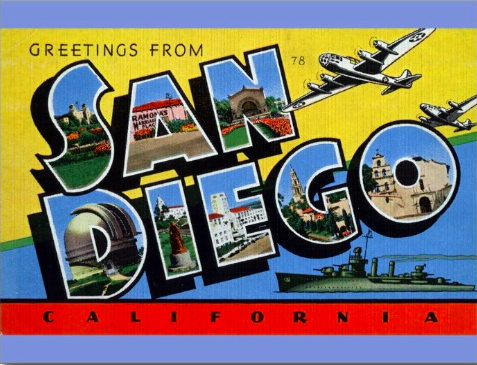 Because my birthday is really more of a weeklong celebration, if not month long, the Hubs decided the way to kick it off would be to spend a few days basking in the Southern California sun. We dropped our bags at the Hotel Indigo and got this vacation started off right by finding some cocktails and authentic Mexican food at Bracero Cocina. With so much Mexican food how did we choose? We are huge Top Chef fans and the chef of this restaurant had been a judge on a recent episode. I’m guessing avocados are a little less expensive in San Diego than they are in Boise as the bowl of guac was as big as my head.

Continuing with the Top Chef theme, dinner that night was at Juniper & Ivy – restaurant of arguably the most recognizable cheftestant yet – Richard Blais. We sat at the chef’s counter and had a great meal of 4 or 5 shared small plates. The Hubs surprised me with the cookbook as an early birthday present (I see liquid nitrogen in my future…). 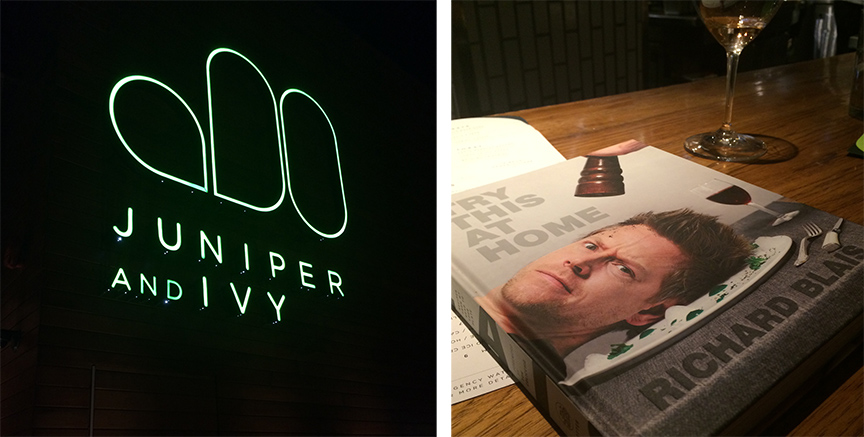 Friday we were headed to Torrey Pines for some hiking so fueled up at the Great Maple. While I was trying to get in touch with my Southern California side, ordering scrambled egg whites and avocado toast, the Hubs had French toast that I swear they used half a loaf of bread to make (it sure was delicious though)!

In to La Jolla for some lunch and some up close and personal time with a few sea lions.

That night’s dinner was at the Ironside Fish & Oyster Bar where we had oysters, lobster and fresh uni (go big or go home, right?).

The winner for the best dessert hands down was Kettner Exchange’s zeppoles – traditional Italian doughnuts filled with light fluffy crème and topped with caramel sauce. I would have… and should have… gone back and had these every night.

One of the highlights of the whole trip was the Farmer’s Market Saturday morning in Little Italy. I could have spent all day and eaten all my meals plus some there. It was absolutely amazing filled with prepared food of all ethnicities as well as produce like citrus and avocados and fresh seafood. I wanted to packed it all up and take it home with me. 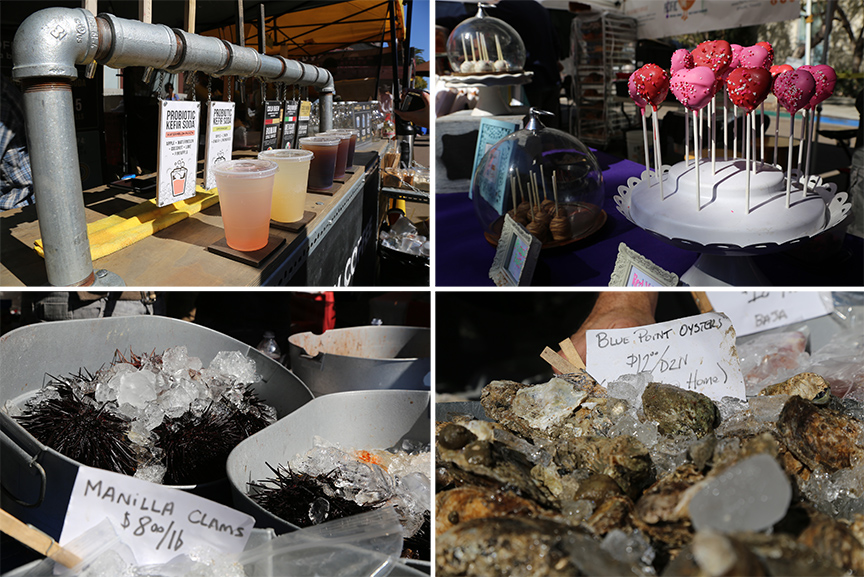 After riding Deco bikes 15 miles from downtown to Pacific Beach (also realizing maybe San Diego isn’t the most bike friendly community – go figure), we’d worked up an appetite so returned to Little Italy to go to Civico 1845 for dinner. This restaurant is the real deal. While it has a contemporary look, you get the feeling that it’s all family here as the servers describe the daily specials in heavy Italian accents and a father figure checks in on each table to make sure you’re enjoying your meal.

There was no doubt I was going to enjoy some crazy good vegan food in So Cal and I found it at Cafe Gratitude. The building is as hip and cool as the servers. Each item on the menu is an attribute and that’s how you order – by saying, “I am nourished” if you’re ordering the gluten free french toast with tempeh chorizo like I was. The waiter repeats back, “You are nourished” and when the dish arrives, it’s stated again. I started out by being “brave” with an immunity boosting shot of fresh lemon, turmeric, ginger, essential oil of oregano, cayenne pepper. Now that will get the immunity party started for sure!

Thanks San Diego for the much needed break in our Idaho winter and for getting birth month kicked off with a bang!