There are so many things that a kid that I absorbed from those around me. Things that become the norm, never given a second thought until called into question by an outside source years later. This was the case one day as I had a salt shaker poised over a generous slice of watermelon. “What the heck are you doing?” I can’t remember exactly who was asking the question but I do remember the appalled look on their face. 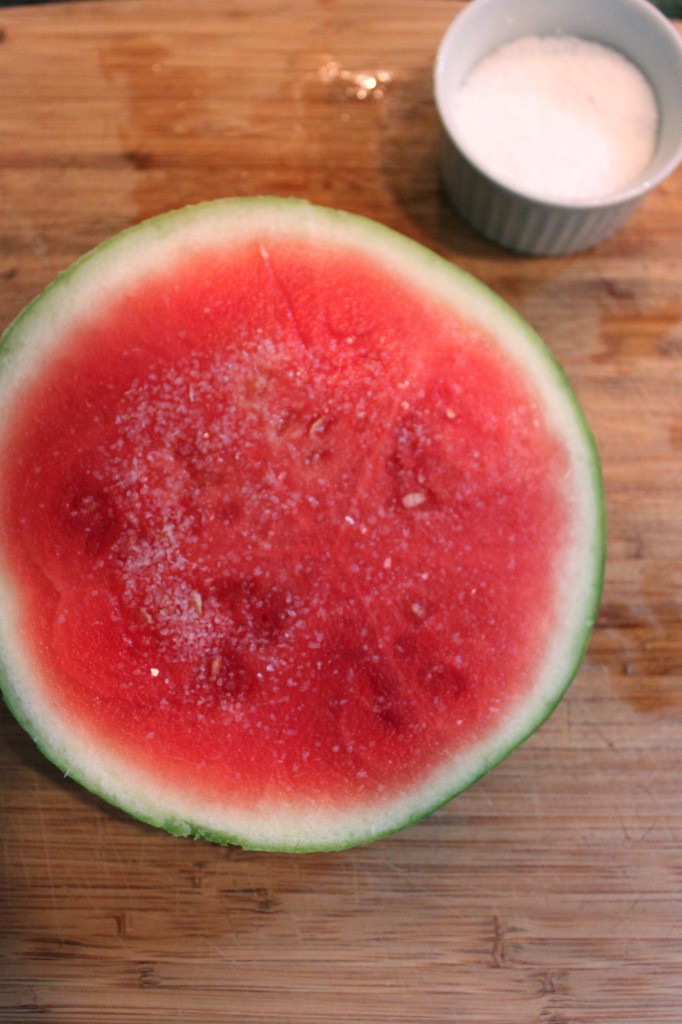 Watermelon just doesn’t taste as good to me without that sprinkling of salt which set me to pondering why that might be. I am definitely not the only one that feels this way. In fact there’s a whole Facebook page dedicated just to this topic, albeit they only have 81 fans and there hasn’t been a post in months. I suppose there’s only so much you can say on the matter.

The thought seems to be that because watermelon has such a high water content that its flavor and sweetness are more diluted and the addition of sodium creates a salty-sweet contrast that makes the watermelon seem sweeter. Bolder. Juicier. 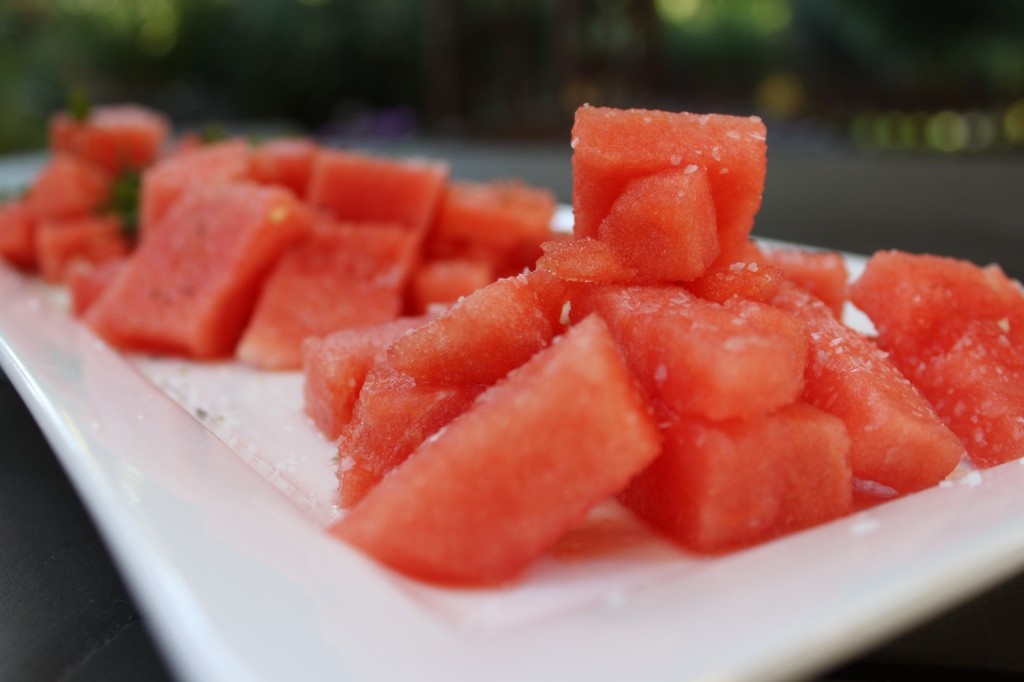 I also remember my dad sprinkling cantaloupe harvested fresh from the garden and served in quarters with salt and pepper. Did he ever try pepper on his watermelon? What made one fruit a candidate for pepper and another similar fruit not? 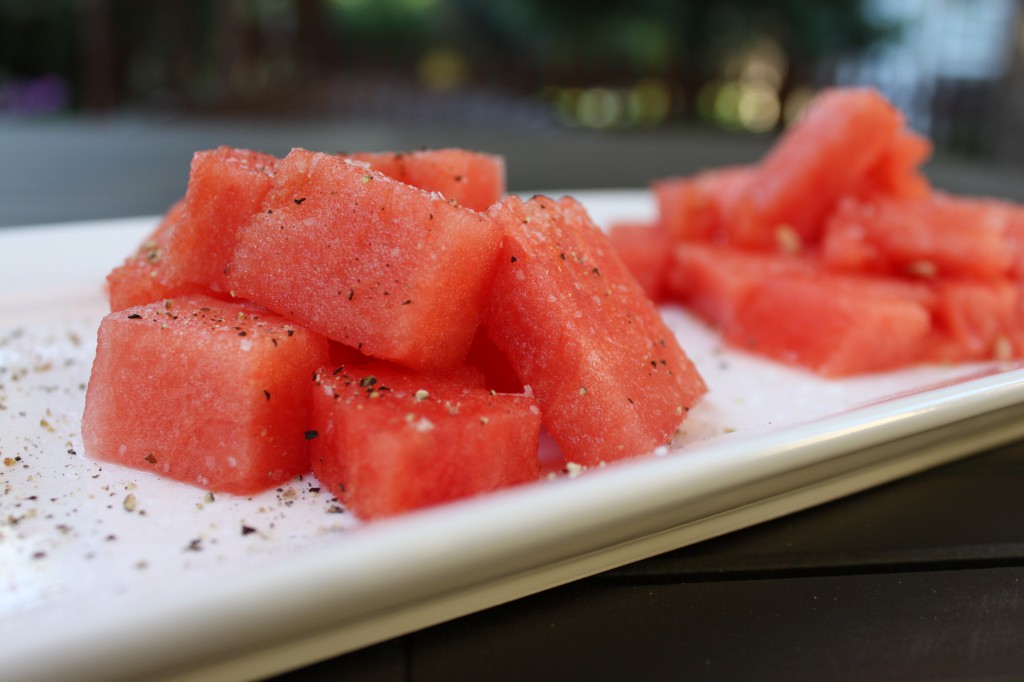 Apparently others have not only considered this, but have implemented it with noteworthy results as in this post from The Wannabe Chef for Watermelon with Sea Salt, Black Peppercorn & Basil. 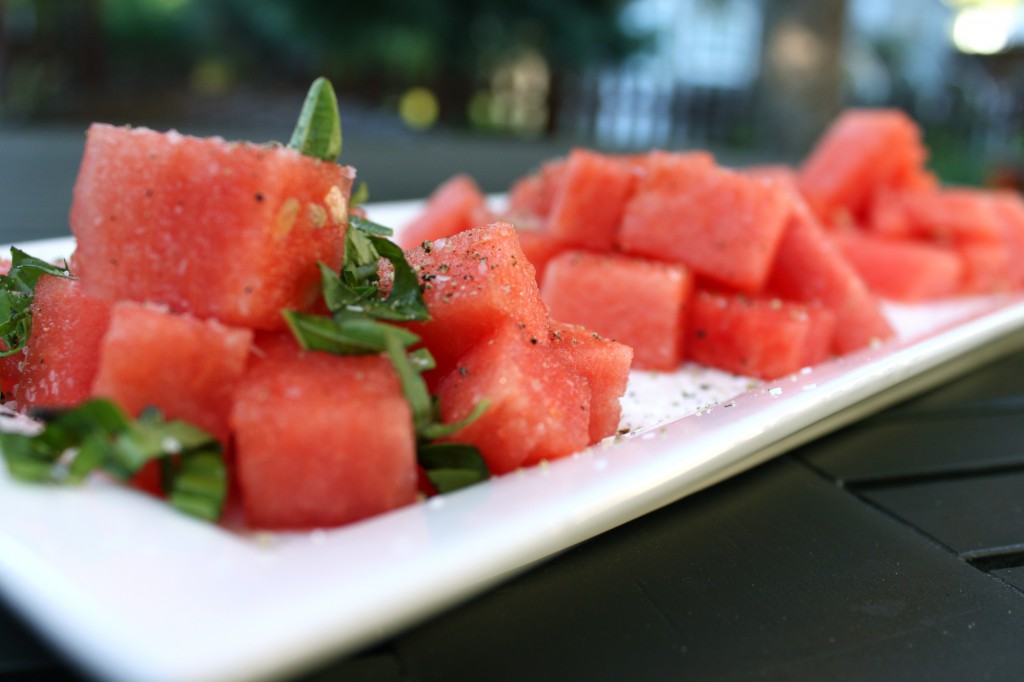 In the interest of science I made up a tasting plate with three tasting options – watermelon with salt, salt & pepper and then the above recipe with salt, pepper and basil – and presented them to my husband and his sister. He preferred the one with just the salt. She was pulling the basil off the last one and combining it with the one with just salt. And me? While I like the freshness of the added basil, my favorite was still the salt only option. Was it because that’s how my palette was developed early on or because salt makes everything better. Probably a little of both. 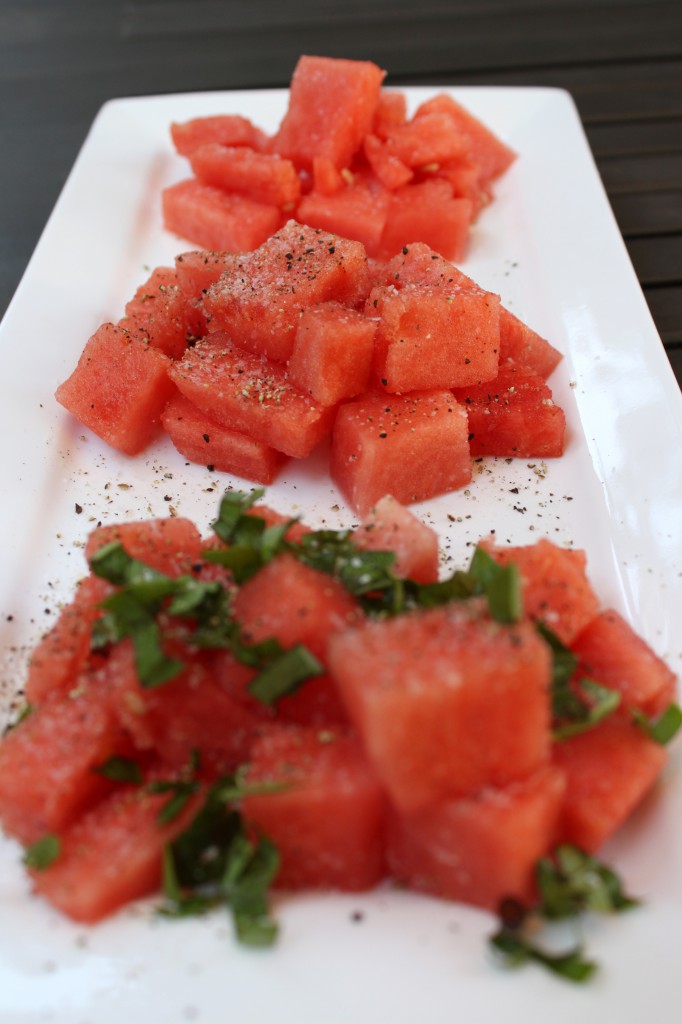