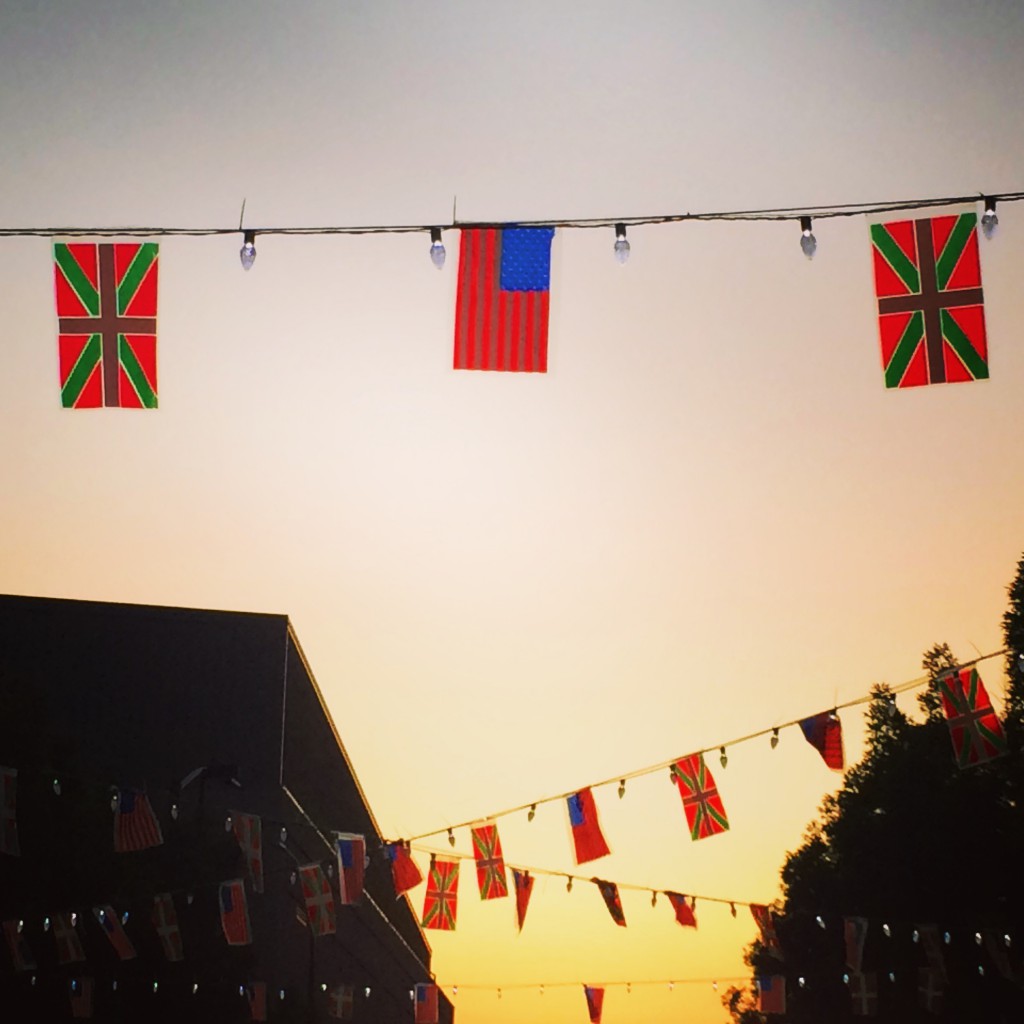 For one week every 5 years, I am transported to another country without leaving my own city. If there is such a thing as reincarnation, I’m going to be lobbying hard to come back as Basque. Or maybe I was already a Basque in another lifetime. That would certainly explain why I have such an affection for this happy, fun-loving ethnicity. But really, what’s not to love?

Boise has one of the largest American Basque populations in the country, numbering around 16,000, and even touts a Basque Mayor, Dave Bieter. There is a one block area downtown that is the epicenter of all things Basque. Discover what brought these people to Idaho at the Basque Museum & Cultural Center. Afterwards you’ll surely be hungry and thirsty. Good thing there’s lot of options including Bar Gernika with the most delicious croquetas with smooth, creamy insides under a crispy, golden exterior. For a more formal dining experience visit Leku Ona. In fact, if you’re tired there’s even a little five room hotel attached. And you’ll be glad that you’re staying close by if you have one of the stiffest, cheapest drinks in town served up at the Basque Center. 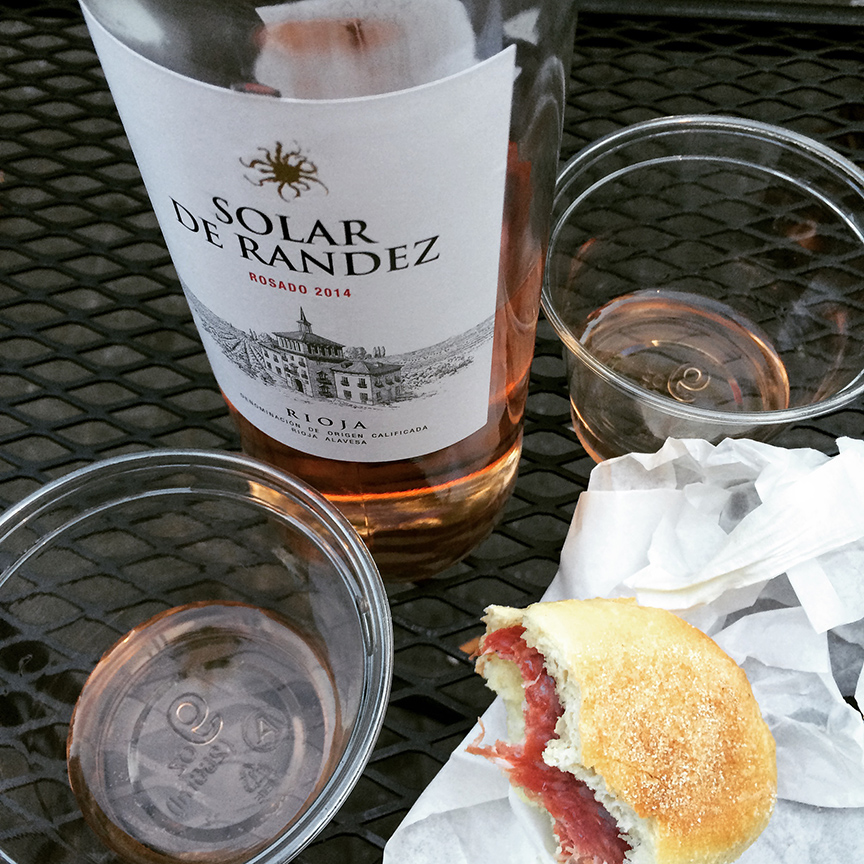 Then there’s one of my favorites, the Basque Market, where you can take cooking classes or peruse the shelves glistening with Basque dishware and grocery items. Better yet grab a bottle of their reasonably priced wines and sample a selection of pintxos (tapas) on the patio. Just make sure you keep your toothpicks as those, along with the honor system, is how the tab is calculated. 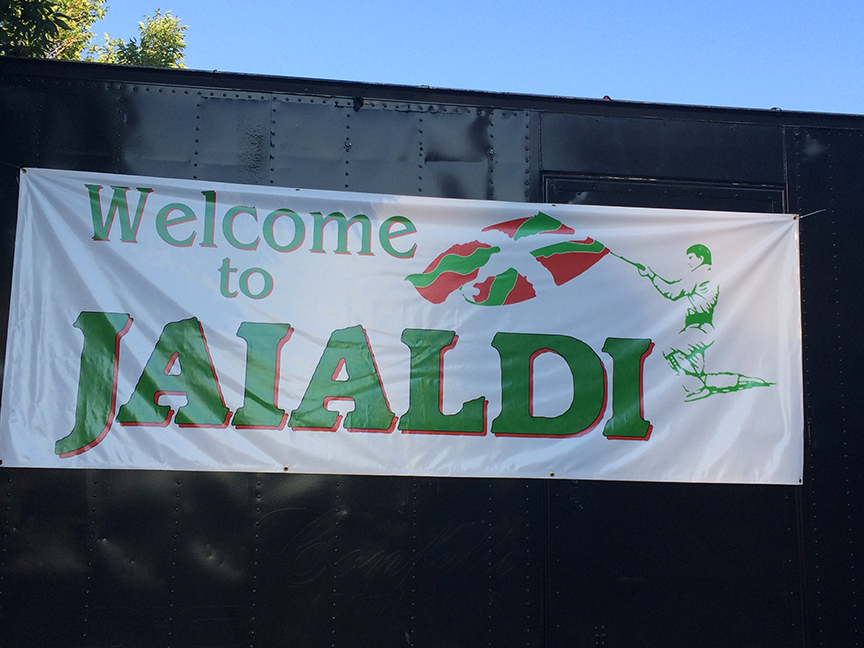 Jaialdi, which translates to “festival time” takes place in Boise every 5 years and was held July 28 through August 2. An estimated 35,000 people (although I’m never sure how they come up with these numbers), including Iñigo Urkullu, the president of the Basques, came to the festivities. This makes Jaialdi one of the largest Basque celebrations in the world.

The Basque Block had festivities going on all week long. Wednesday night, local Basque band, Amuma Says No, took command of the stage at Alive After Five – a weekly, free summer concert series in the center of downtown. 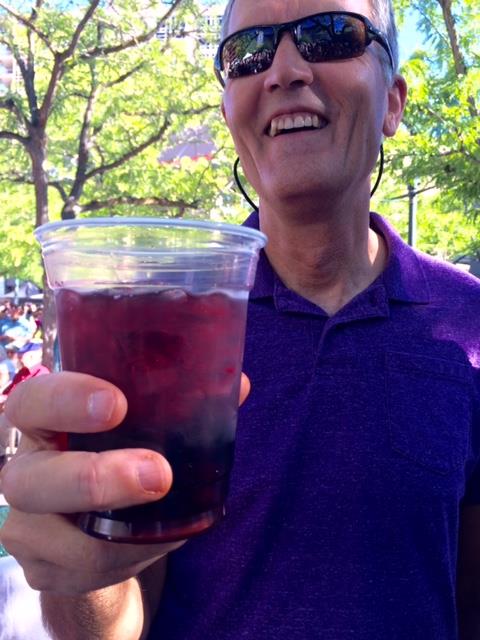 Friend, and Basco, Greg Laragan goes for the traditional kalimotxo – a mixture of red wine and Coke. Have one in the name of culture. Any more than that is a hangover waiting to happen!

Sports Night on Thursday was a show of strength in lifting weights and tossing hay bails over every increasing heights interspersed with exhaustive wood chopping – and by that, I mean I was exhausted just watching.

By the weekend some of the activities were also at the Idaho Fairgrounds where a big array of the modest sheepherder trailers still used today were on display.

Think of it as the Basque sheepherder’s Parade of Homes.

There was also more weight lifting, hay heaving and wood chopping. Inside the expo building was filled with the sounds of traditional dancing and singing alongside a market of Basque arts, crafts and Jaialdi souvenirs. 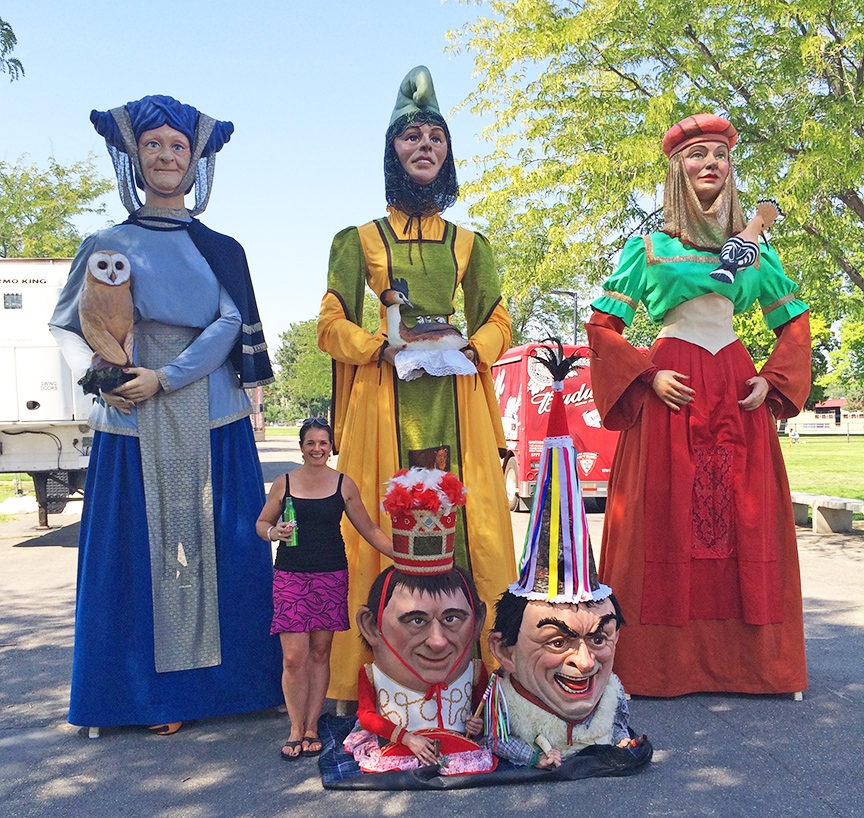 The giant dancing band, Irrintzi, brought these costumes all the way from San Sebastian. Now that’s some serious oversized luggage!

And don’t forget the food! Besides chorizos, churros and solomos, there was the festival-sized paella made by the Basque Market. According to their Facebook page, they cooked up 27 of these during Jaialdi. 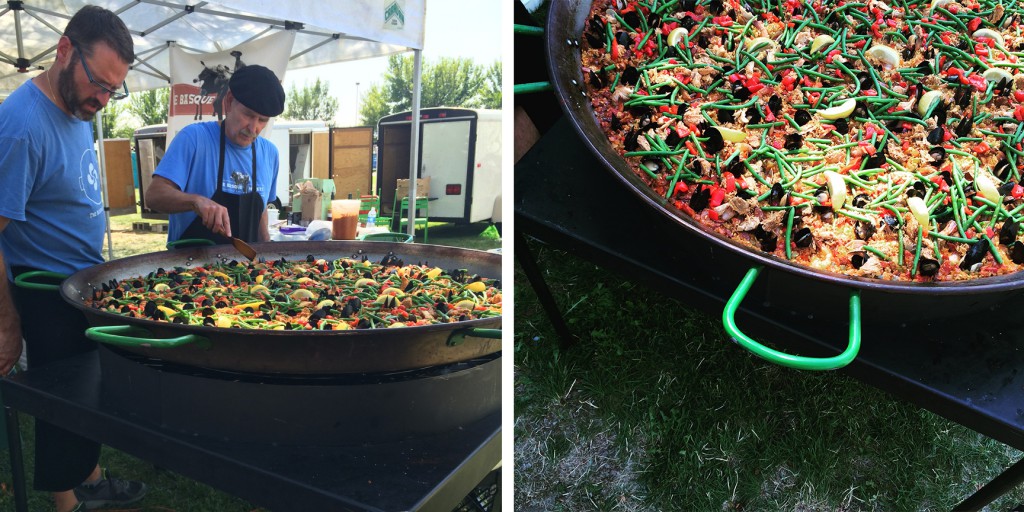 Saturday night following a traditional Catholic mass is the big dance and I hate to admit, I was starting to fade after three days of celebrating and late nights. You see, as much as I wish I was, I’m not Basque. I don’t have the genes for this. But not wanting to miss out on the fun entirely, my husband and I headed to the Basque Block, fully expecting it to be quiet and deserted. Before we even rounded the corner, festive sounds wafted our way. We found the street full and a seemingly unsanctioned band playing. In front of them was a box full of Xeroxed copies stapled together. Song books. No one was speaking English. The song books were seemingly unnecessary as most everyone knew the words. Singing interrupted by spontaneous dancing. I closed my eyes and was transported to the Basque land. Or at least to another Basque land.

I love the Basques in part so much because they work hard to preserve their heritage. The band will start a traditional song and just a few notes in even teenagers put down their phones to join in (and that’s saying something), dancing amongst the two or three generations before them. It’s like nothing I know being of such a diluted heritage myself. So for this lifetime, I can just hope to be an honorary Basque and celebrate Jaialdi with the best of them.

Normally I shoot with a Canon DSLR but given that I wanted my hands free to burst into spontaneous dancing at any moment, all photos in this post were shot on an iPhone.