I met Betsy of BetsyLife.com on the Idaho Potato Commission Harvest Tour last year and I have to admit, I think I have a bit of a blogger crush on her. I would like to think we would be fast friends if we lived in the same place but since she lives in California and me in Idaho, I can only hope our paths cross again someday soon.

She recently did a post called “52 Weekends 2016“. A lined notebook page with numbers down the left side followed by ideas of things to try or do more of (like hiking – she apparently really likes to hike). A little visual reminder when the question comes up, “What shall we do today”?

I admit – I set out to directly copy this idea. But, just like with many things I cook, while I started out with a recipe I made it my own along the way. 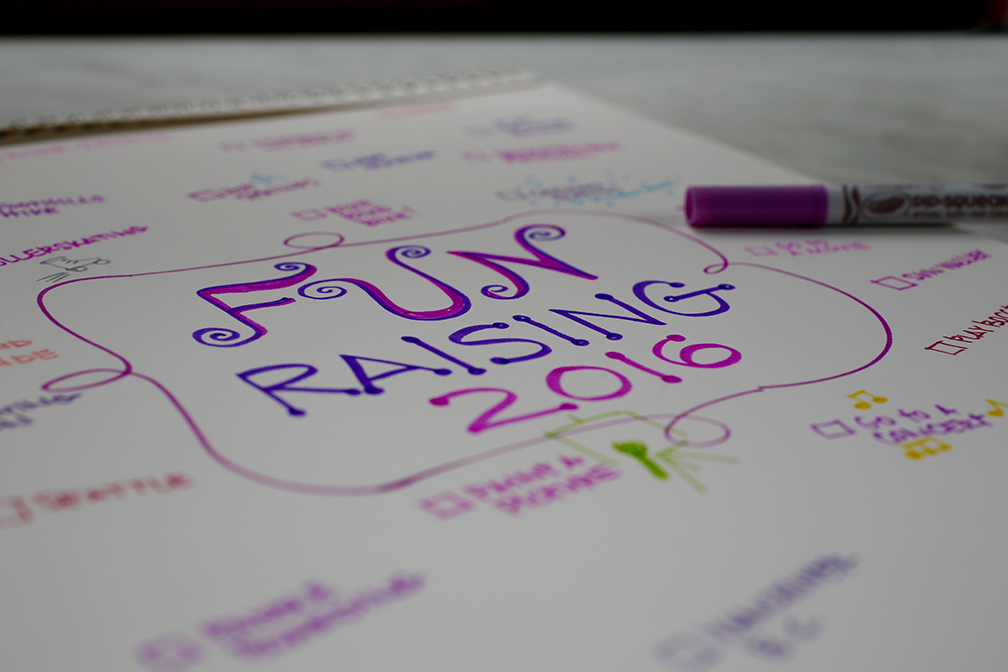 As I’ve already mentioned, I’m not one for resolutions so much but do like to set intentions. And this might seem like a strange one to some, but one of my intentions for 2016 is to have more fun. It’s not like I don’t have fun now. In fact, I’m sure to many of my friends it would seem that I have plenty of fun. But I feel like I always need to be accomplishing something and often fun things get postponed until all my chores are done. And as you may know, the chores are never all done.

For example, our last summer was all about the alley project. While I am still amazed at what was accomplished, and how amazing it turned out, it also came at the price of a lot of fun. There was very little swimming or bike riding. No time spent in the park with a picnic or playing bocce. It was the sacrifices we made when our project was in its infancy. I’m hoping this year with it being a little older it won’t need quite so much babysitting.

I put away my notebook with 52 numbers going down the edge. Out came an oversized, empty piece of art paper and my new 64 pack of markers. If I am going to do this, it’s going to be big and colorful and it’s going to hang on the wall by my desk as a bold reminder that 2016 is the year of Fun Raising.

So what’s on the list so far (with the option to add in more fun anytime, or course)?

(we maybe go to one movie a year) – we went to a couple
– saw Tony Bennett, James Taylor, Bare Naked Ladies and a couple others
Try new restaurants – we have our favorites and go there instead of trying something different – I think we stuck to our same favorites for the most part
Use our membership at the Art Museum more – yeah… need to be better at this
– LED in October
– done!

Now I just have to remind myself that this isn’t a to-do list where it becomes a chore to check everything off. Like Betsy, it’s just a reminder of all the fun that’s to be had the next time one of us asks, “What do you want to do today”?