When the big snow storm hit the East Coast recently, I have to admit I was a bit jealous. I wished it was going to be us that were to be snowed in. My romanticized version included watching movies in front of the fire, snuggled up with the Hubs and my two furry friends; playing the new backgammon game that has yet to find its way out of the box while sipping wine; and, of course, cooking lots of wonderful food that would fill the house, and us, with warmth. My version heavily relied on there still being power and heat, but it’s my idealized dream after all.

Instead the sun shone in Boise and it was in the upper 40’s. The Hubs went outside to tinker in the garage. The cats found warm spots to sit on the patio. I wasn’t giving up. I headed to the kitchen.

This Curried Cauliflower Soup recipe that I found in Food & Wine had all those warm spices I was thinking about. There was roasting. There was simmering. There are jalapeños for some inner heat. The original recipe didn’t call for the cashews but I liked the added texture. And definitely don’t skimp on the squeeze of lime. The acidity adds a nice brightness.

Also noteworthy, this soup is healthy, gluten free and vegan and turned out to be a great soup, snowed in or not. 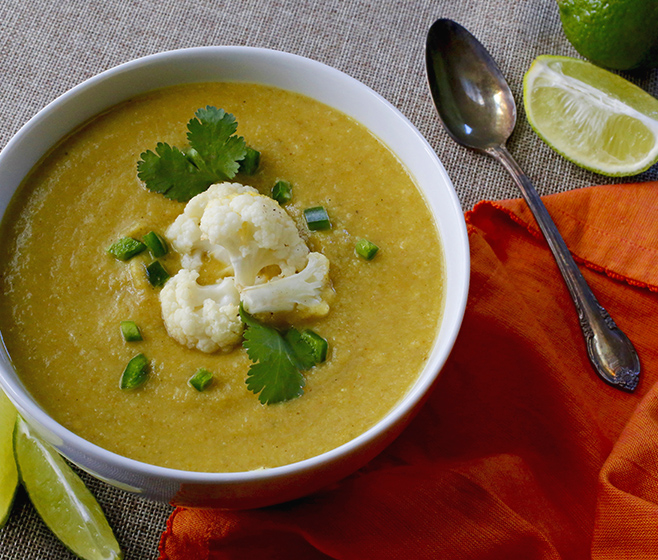 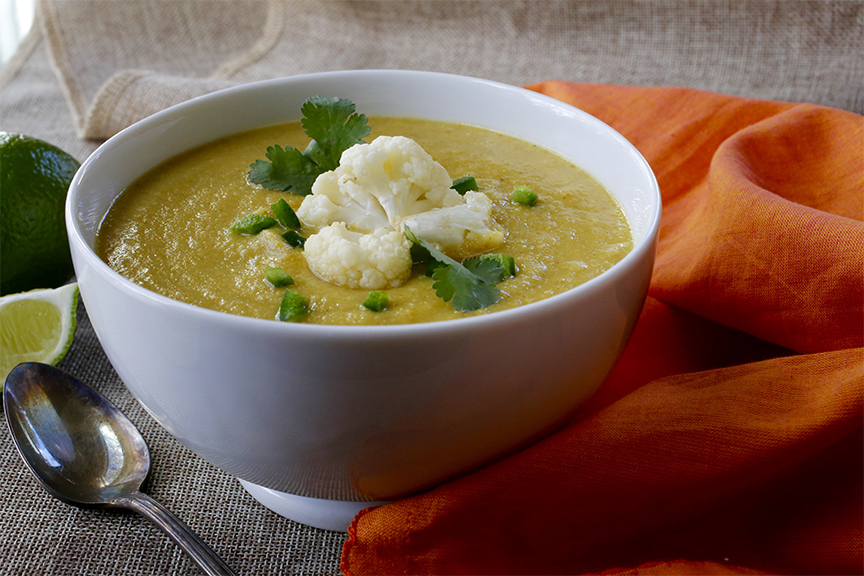