I recently returned from Camp Blogaway where I not only made new friends, but got to try new things. One product I was particularly excited about was Beyond Meat, a line of meat substitutes made with non-GMO pea protein. Brand ambassador Priscilla Willis of She’s Cookin’ was serving up Beyond Meat Keftedes, a garam marsala spiced patty served on soft pita bread with fresh tomatoes and tzatziki. It was so delicious that I was inspired to grab a package when I got home to see what I might whip up. 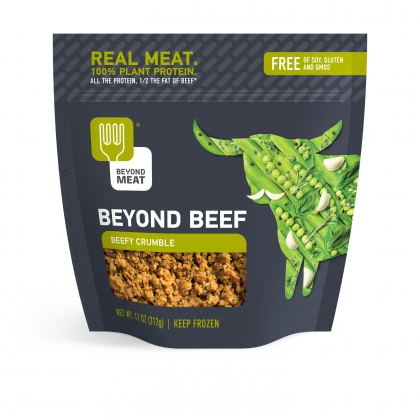 With Beyond Meat Beefy Crumble as my base, I set out to create a dish that went together easily and quickly (perfect for those Meatless Mondays), had some nice spice to it and was most importantly, of course, delicious. Vegan Korean “Beef” was one of the first things that came to mind. Served with brown rice, sautéed green beans and a crisp Pinot Grigio to balance out the spiciness, dinner was on the table in 30 minutes.

While I’m not vegan, or vegetarian for that matter, I can appreciate the advantages that a little less meat in my diet means for both my health as well as the health of the planet. And it’s not that my husband disagrees – it’s more that his meat and potato upbringing has deep roots. I’ve tried to feed him tofu on more than one occasion but he has a hard time getting past the texture. So I was thrilled that not only did he rave about this dish (even knowing that it was vegan) but he commented specifically on how much he liked the texture, throwing out words like “firm” and “chewy” all while cleaning his plate.

If my husband is sold that says a lot. As for me, sounds like an invitation to get to work on another recipe using Beyond Meat! 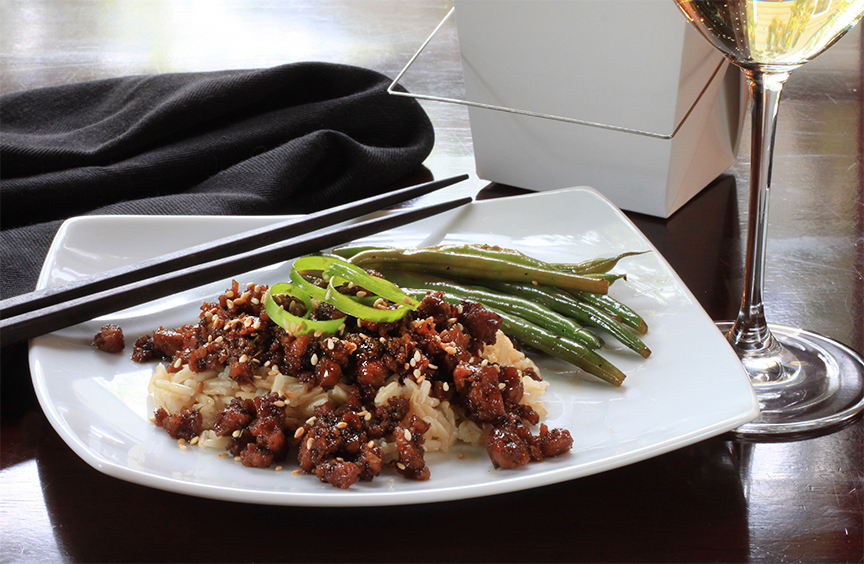