When I started dreaming of the alley project, I had no shortage of ideas of cool things to do but I always like to see what is already out there. What someone else has done. So I went to my go-to (Google) and starting combing the web.

Most of the search results showcased murals or other kinds of artwork. A couple showed cleanup projects but not really anything like what I had in mind. One of the closest I found was a website – AlleyGardenProject.com – which sounded promising but it seems like the greening of Albuquerque has maybe been put on a back burner.

In March of this year (2015) Nashville’s Mayor announced the city’s first green alley’s project so I’ll have to keep an eye on that one to see how it develops.

The closest I could find to some inspiration – an actual finished alley gardening project – came from across the pond in Middlesbrough, England. Mavis Arnold kickstarted the project when she was tired of “a grubby and dirty back alley which was unsafe for children and a magnet for anti-social behaviour and crime.”

In 2005 she received a grant of £6800 (which is a little over $10,000 at today’s conversion rate) and rallied the neighbors to help turn the alley into something beautiful.


Below are some photos that I borrowed from the article. You can read the entire write up here and see more photos.

Here is their “before”. Makes me feel a little better about ours. 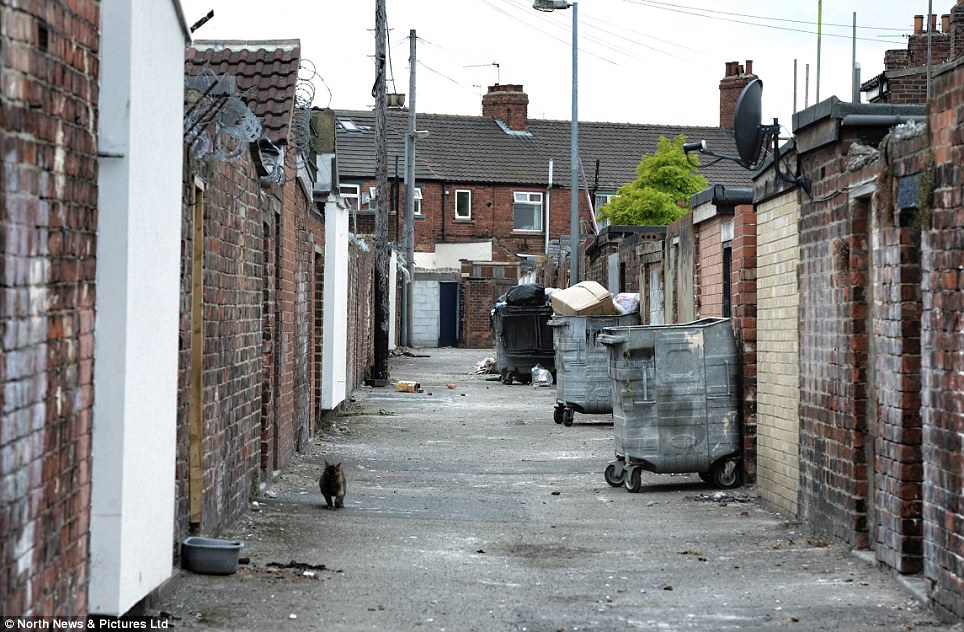 And a couple of their “afters”. 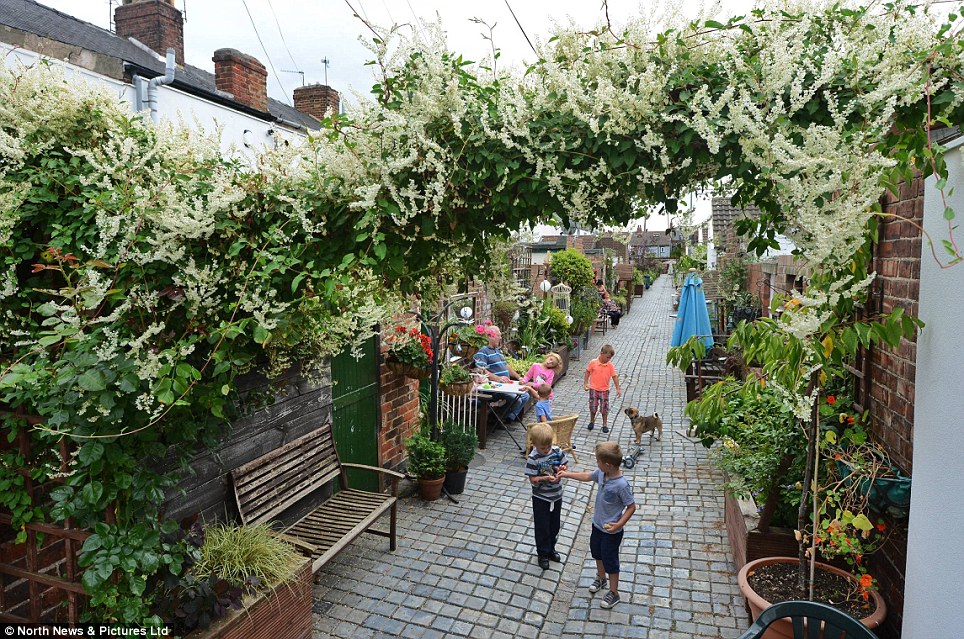 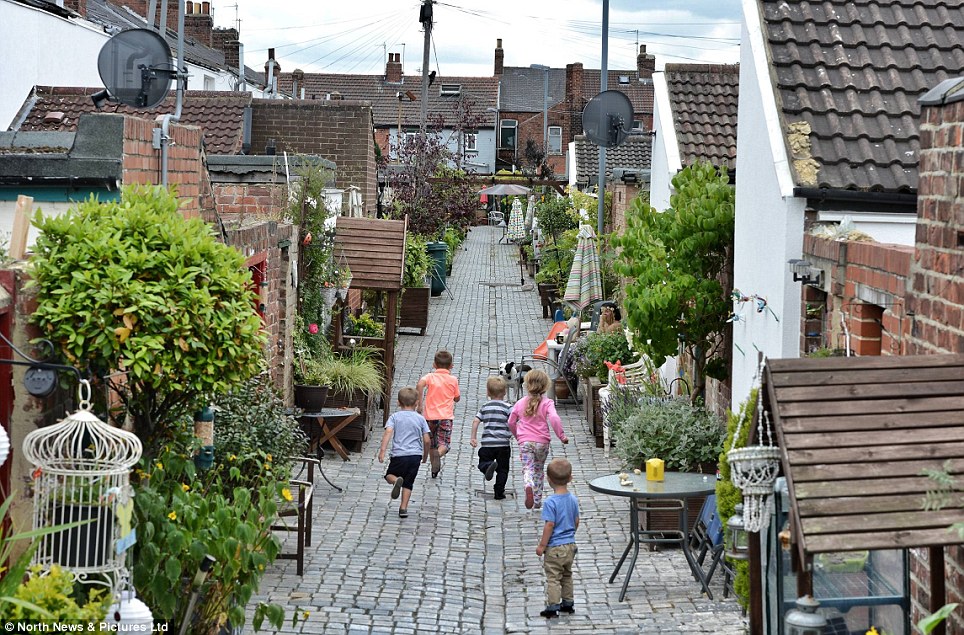 It was so exciting to see that someone had completed this project and what a lovely transformation it was. Not only was it inspirational, it was motivational. I can’t wait to get started on our own success story.